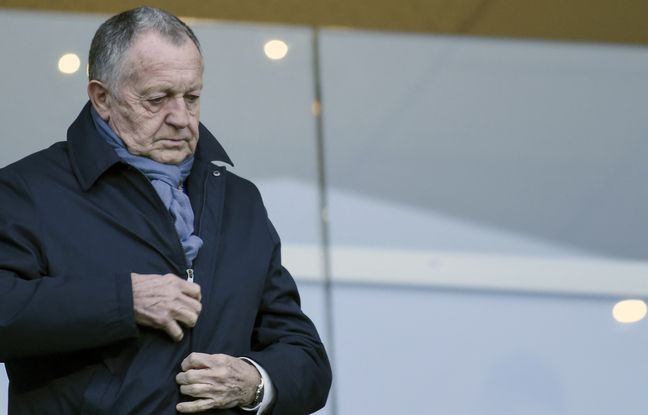 OL Groupe, the listed holding company controlling Olympique Lyonnais, has already lost more in the first six months of its financial year than in the whole of the previous year and does not see a return to profits by June.

Hit hard by the coronavirus epidemic which put a stop to sports competitions for months, OL Groupe suffered a net loss (group share) of 50.6 million over the six months ended at the end of December, according to a statement released on Tuesday.

At the same time last year, the company posted a profit of 14.9 million euros, but the outbreak of Covid-19 had pushed it “into the red” for the entire year (up to € 36.5 million).

The turnover of these six months plunged 45%, to 70 million euros, in particular due to the almost total disappearance of the ticket office and the event-driven activity. Its most important component – TV rights – fell by 43% due to the club’s non-participation in the Champions League and the collapse of the French championship broadcaster MediaPro.

OL estimate the loss of earnings resulting from these various factors at 111 million euros.

Thanks to a good summer transfer window, the other major source of income for the club, player trading, has held up better. This activity again generated 53.3 million euros in revenue (-23% over one year) over the half-year.

No improvement planned for the second semester

For the first time since taking possession of its new stadium, the Lyon group had an operating deficit: its gross surplus was negative at 9.3 million, while it was positive at 61.8 million there. is one year old.

“Given the significant restrictions that still weigh on many activities (…) and because of the health crisis, the group does not anticipate any significant improvement” in its activity by June 30. As a result, the second half of the year should also be “heavily in deficit”, he warned in his press release. “There are no possibilities in the current circumstances to have a year that is improving,” conceded Managing Director Thierry Sauvage in front of some journalists.

With this succession of losses, equity, once very solid, fell to 179 million euros and debt now represents 226% of equity. But if the banks, which have granted OL two important loans guaranteed by the State, “follow us, it is because they have confidence in us and in our model which allows us to start again very strongly”, noted the manager.

A sign of its confidence: despite the severity of the crisis, OL Groupe maintained its medium-term financial objectives and officially launched the construction of its new multipurpose hall, a project costing 141 million euros.