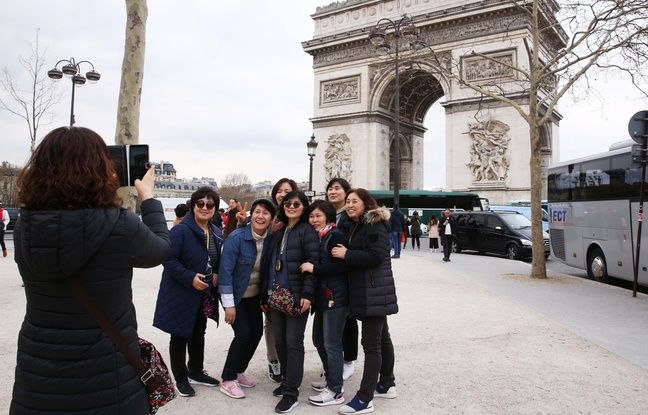 Launched in the United States, the hashtag #StopAsianHate takes more and more importance in France, this Wednesday. Anti-Asian violence has steadily increased since the start of the coronavirus epidemic, with some blaming the outbreak on the Chinese community, according to a US report.

Latest example, last Tuesday in New York. A 52-year-old Asian American woman was assaulted outside a bakery by a man who pushed her to the ground. The victim received ten stitches in the head. A few hours later, American actress Olivia Munn, friend of the victim’s daughter, posted a message on social networks, denouncing the assault.

The case is far from isolated. According to New York police data, revealed by the Queens Chronicle, hate crimes against people of Asian origin increased by 1,900% in 2020. For its part, the Stop AAPI Hate site, which identifies racist, violent or discriminatory acts against the Asian community, received 2,808 testimonies in 47 American states between March and December.

A hashtag that is growing in France

And France is no exception given the many messages, accompanied by the hashtag #StopAsianHate, posted on social networks, denouncing discrimination, racism and violence against Asians.

I was at the bus stop and a guy pointing his finger at me shouting “coronavirus” and the worst part is that everyone started to back up I was shocked, I came home I was crying 🥲#StopAsianHate

Share
Facebook
Twitter
Pinterest
WhatsApp
Previous articleVaccination in the United States: The authorities confirm the effectiveness of the Johnson & Johnson vaccine on severe forms
Next articleThe collapse of a cemetery drops 200 coffins into the sea