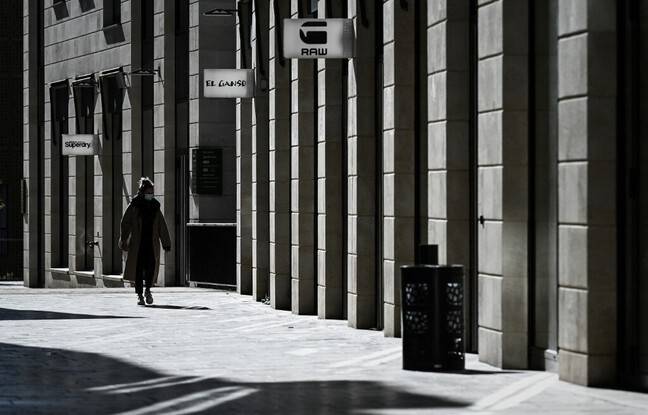 The health crisis linked to the coronavirus epidemic globally cost the State more than 160 billion euros last year, Minister of Public Accounts Olivier Dussopt said on Wednesday, specifying that given its persistence, this figure “is not final”.

“Between the loss of revenue and the expenses we have incurred to face the crisis, whether for the State in terms of expenditure, for social security in terms of loss of revenue linked to the decline in activity , the cost […] can be estimated at around 160 to 170 billion euros, ”said Olivier Dussopt in the Senate.

“This figure is not definitive since we are still in an epidemic crisis and a health crisis”, and that several emergency support mechanisms for companies and employees are still in place, he added.

Gradually, the government is thus starting to take stock of this unprecedented crisis. In January, the Ministry of the Economy indicated that the State had committed on its sole scope (excluding communities and social security) nearly 42 billion euros of emergency spending in 2020, including 17.8 billion for the partial unemployment (a part being financed by Unedic), 12 billion for the solidarity fund, 4 billion to finance exemptions from social contributions and 8 billion in support for public enterprises.

Added to this is a shortfall of 37.1 billion euros in tax revenue (VAT, corporate tax, etc.) compared to forecasts valid before the crisis. In the field of social security, it is necessary to count the exceptional expenses linked to the pandemic (masks, tests, work stoppages) or even the losses of revenue from social contributions compared to a normal economic situation.

This year, new expenses linked to the crisis will be incurred, in particular for vaccination, compensation for short-time working or the solidarity fund. It is for this reason that “we cannot answer this question of the end date of whatever it costs”, estimated Olivier Dussopt, even if he repeated that it will be necessary to come out gradually as let the crisis fade.