The health of Alexei Navalny is “satisfactory”, says the Russian prison service 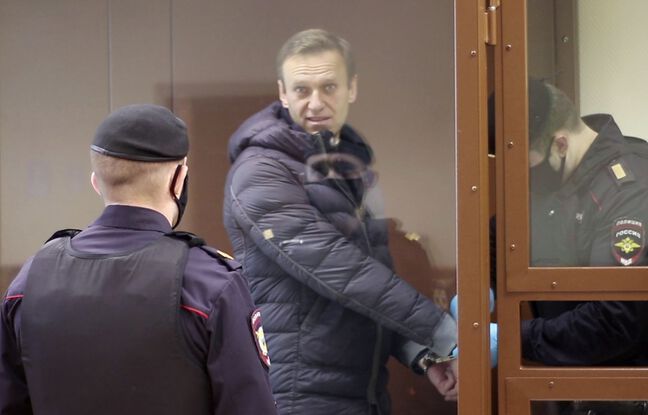 His condition is considered “stable”. The health of the opponent Alexeï Navalny is “satisfactory”, said Thursday the Russian prison services, the day after the alarm launched by his relatives, who say that his condition has deteriorated since his arrival in a penal colony.

“On March 24, medical examinations were carried out at the request of the detainees,” the service, the FSIN of the Vladimir region (north-east of Moscow), told Russian news agencies.

“Severe back pain” and leg problems

Sentenced in February to two and a half years in prison in a fraud case dating from 2014, the most visible detractor of Vladimir Putin has been imprisoned since the beginning of March in a penal colony in Pokrov, 100 km from the Russian capital and famous for being very tough.

On Wednesday, his lawyer Olga Mikhailova said she did not have access to Alexei Navalny, adding that the 44-year-old opponent recently complained of “severe back pain” and began to no longer feel his legs but that he was not had only prescribed ibuprofen, a common anti-inflammatory drug.

Imprisoned in a “concentration camp”

The anti-corruption activist survived last year poisoning with Novichok, an nerve agent developed in Soviet times, which had plunged him into a coma. The substance has been identified by European laboratories, but Moscow has always rejected these conclusions which support the thesis of an assassination orchestrated by the Russian power.

Returning to Russia in January after several months of convalescence in Germany, he was immediately arrested and convicted in a case that his supporters, NGOs and many international capitals see as politically motivated.

Since his arrival in Pokrov, Alexeï Navalny has described on social networks his conditions of detention, saying that his daily life as a prisoner is comparable to that of a Stormtrooper because of the rigid discipline in place and comparing it to a “camp of concentration ”.