The Hong Kongers’ trial begins, Washington cries out for “tyranny” 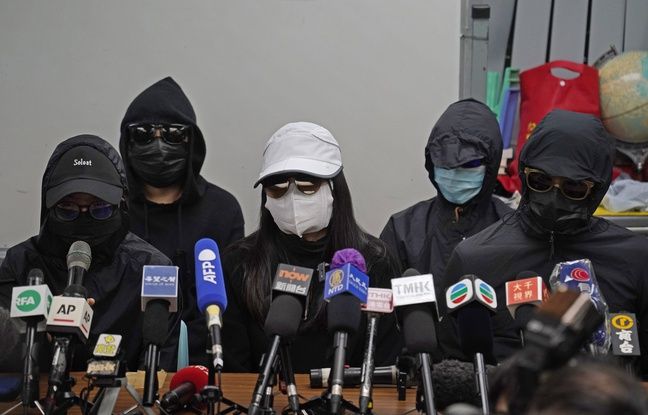 The trial of Hong Kong pro-democracy activists arrested in August as they tried to flee Hong Kong by speedboat began Monday in China, with the United States calling for their immediate release and denouncing a “tyranny”.

Six months after the adoption of a draconian law on national security in Hong Kong, the hearing is emblematic of Beijing’s takeover of the former British colony, which has become a semi-autonomous Chinese territory. The verdict will be announced later, said the Chinese court which tried this Monday 10 of the 12 members of this group, accused of illegal border crossing.

“Their only crime is to have fled tyranny,” said a spokesman for the United States Embassy in Beijing. “Communist China stops at nothing to prevent its nationals from finding freedom elsewhere.” The 12 men, the youngest of whom was 16, were arrested by the Chinese Coast Guard 70 km from the autonomous territory on August 23, before being handed over to the police in Shenzhen (south), a Chinese metropolis in the Hong Kong gates. They were trying to get to Taiwan, the rival island of mainland China.

“The court heard the prosecution’s indictments, the remarks of the various defendants and the pleadings of the lawyers. The verdict will be announced at a later date, ”the Yantian District Court in Shenzhen said on Monday. Among those authorized to attend the trial included journalists and “relatives” of the defendants, the statement said.

Foreign reporters were, however, barred from accessing the court. And the support committee for the accused denied this Monday to the press in Hong Kong the presence of families, who could not attend the hearing. Several relatives complained that they had not been able to have real contact with the defense lawyers, imposed by the Chinese authorities. “This unfair legal process is proof that this is political persecution,” the support committee denounced in a statement.

A dozen diplomats from several countries (Germany, Canada, United States, France, Netherlands, Portugal, United Kingdom) were also prevented from entering the court. According to their families, three of the defendants have British, Portuguese and Vietnamese nationality.

A spokesperson for Chinese diplomacy on Monday expressed his “firm opposition” to the words of the United States Embassy, ​​urging Washington to “stop all interference” in its internal affairs. “Laws must be respected and offenders prosecuted,” he stressed.

Ten defendants were tried on Monday. The other two, minors at the time of the facts, must be tried separately on an unspecified date. Two of the 12 defendants are accused of organizing the escape of the whole group. They face a heavier sentence of up to seven years in prison. Opponents had disappeared into China’s opaque judicial system since their arrest.

British Foreign Minister Dominic Raab said Monday in a statement that London, a former colonial power in Hong Kong, was “deeply concerned” that the Hong Kong activists “have been tried in secret”. “We expect China to uphold the rule of law and conduct trials in a fair and transparent manner. “

Some of the speedboat’s passengers were already threatened with legal action in Hong Kong for their involvement in the huge, often violent, pro-democracy protests that rocked the city last year. The protest was stifled in early 2020 by the Covid-19 epidemic, which led to the end of the protests, then by the imposition at the end of June in the territory of a new rigorous law on “national security”.

Beijing considers it essential to restore stability in Hong Kong. Its detractors believe that it has put an end to the freedoms of the territory, guaranteed when it was returned to China by the United Kingdom in 1997. Only families were allowed to ask the judge for permission to attend the trial. But due to the epidemic, residents of Hong Kong are currently unable to enter mainland China. Also this Monday, the “citizen journalist” Zhang Zhan, arrested after having covered at the beginning of the year the quarantine of the city of Wuhan (center), cradle of the new coronavirus, was sentenced in Shanghai (east) to four years from prison.