The Indian variant detected in 44 countries, the WHO considers it “worrying” 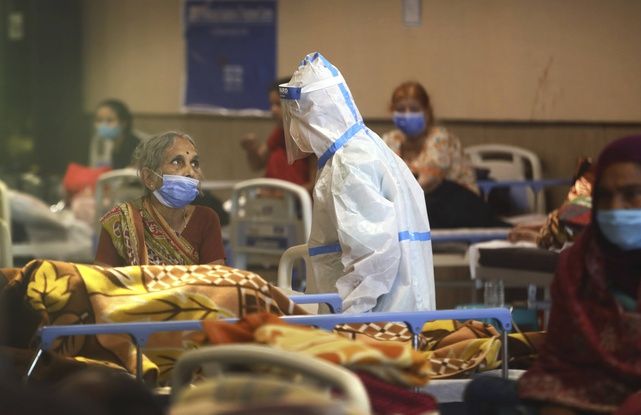 The mutant continues to expand. The World Health Organization (WHO) has detected the variant that is behind the explosion in the number of covid-19 cases in India in dozens of other countries around the world, she said on Wednesday.

The B.1.617 variant, which first appeared in India in October, was detected in sequences entered in the GISAID database “from 44 countries in all six WHO regions”, the organization says. , adding that she has received “notifications of detection in five other countries.” Apart from India, it is in Great Britain that the greatest number of cases of contamination with the variant B.1.617 has been detected.

This variant was classified this week by the WHO as “of concern”. It is one of the reasons – but not the only one – that explains the explosion of the pandemic in India and the worst hotbed of the pandemic in the world today. It has joined the list of three other variants, those that first appeared in Britain, Brazil and South Africa, which are considered more dangerous than the original version of the coronavirus, either because they are more contagious, deadly or resistant to certain vaccines.

As for the variant that appeared in India, it was added to the list because it is more contagious. According to official statistics, some 4,000 people currently die each day from Covid-19 in India, where the total toll of the epidemic is close to 250,000 deaths.