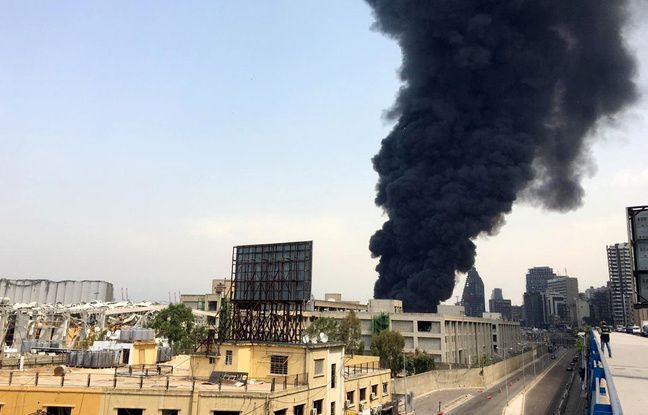 Following a request to this effect presented by two former indicted ministers, the investigating judge in charge of the investigation into the explosion at the port of Beirut was challenged by the Lebanese courts on Thursday, said a judicial source.

More than 200 people died, 6,500 were injured and entire districts of the capital were devastated by the explosion of August 4, caused by a huge amount of ammonium nitrate stored “without precaution” confession even authorities.

The investigation suspended for two months

“The court of cassation chaired by judge Jamal al-Hajar has decided to transfer the investigation (…) from the hands of investigating judge Fadi Sawan to another judge”, said the judicial source speaking under cover of anonymity. The new judge has not yet been appointed, she said. In December, Fadi Sawan indicted the resigning Prime Minister Hassan Diab and three former ministers, Ali Hassan Khalil, Ghazi Zaayter and Youssef Fenianos, provoking an outcry within the political class. Accused of “negligence and causing hundreds of deaths”, the officials refused to appear at the summons of Fadi Sawan.

And shortly after, Ali Hassan Khalil and Ghazi Zaayter, two parliamentarians, presented a request to challenge Fadi Sawan, whom they accuse of having violated the Constitution and provisions on their immunity. The investigation was suspended for two months, the time for the court of cassation to rule on this request. Several heavyweights in political life had castigated the indictment of ministers, including Prime Minister designate Saad Hariri or the influential Shiite movement Hezbollah, believing that any indictment of a minister or parliamentarian should be done through a vote in Parliament.

Share
Facebook
Twitter
Pinterest
WhatsApp
Previous articleThe white truffle from Italy can now be produced in France
Next articleWhile Texas is paralyzed by the cold, its senator Ted Cruz goes to Cancun with family