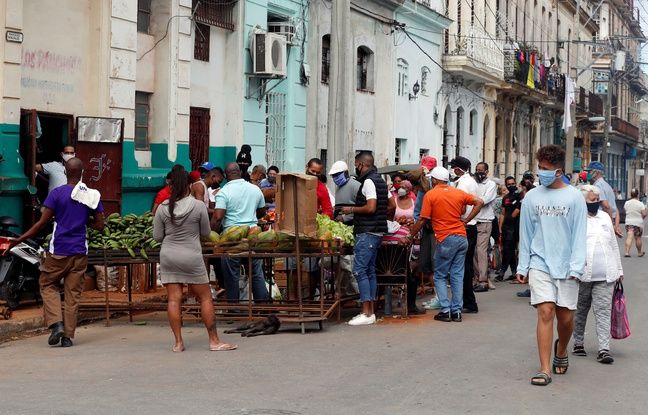 The page of the socialist revolution led by Fidel Castro in 1959, which resulted in a wave of nationalizations and state control over the entire economy, is turning. Cuba announced on Saturday that private activity would now be allowed in most areas.

The measure, unveiled last August by the Minister of Labor, Marta Elena Feito, was approved Friday in the Council of Ministers, according to the official daily Granma, of the ruling Communist Party. “This is a huge and historic step,” commented on Facebook Oniel Diaz, entrepreneur and boss of the consulting firm Auge, which advises some fifty Cuban private entrepreneurs.

Merger in 2014 with the United States

Opening up to the private sector began timidly in the 1990s before being fully authorized in 2010, even if its real boom dates from the historic warming between Cuba and the United States initiated in late 2014 under Barack Obama. But it remained confined to a list of activities set by the state. “The previous list of 127 activities [autorisées] is eliminated ”, indicated the Minister of Labor. From now on, the sectors reserved for the State will only be a minority: “out of the more than 2,000 activities in which the exercise of private work is permitted (…), only 124 will be limited, partially or totally”. , she explained. Strategic sectors like the press, health and defense should however remain closed to private activity.

“That private work continues to develop, it is the objective of this reform of improvement” of the sector, assured the minister. The reform is “an important step to increase employment”, added the Minister of the Economy Alejandro Gil. It goes “in the same direction as monetary unification” which entered into force in early January. These two reforms aim to revive the economy: it fell by 11% in 2020 under the effect of the coronavirus pandemic, which deprived Cuba of the precious currencies of tourists.

More than 600,000 Cubans work in the private sector, or 14.5% of the working population, in this island of 11.2 million inhabitants. They are mainly used in gastronomy, transport (taxis) and the rental of rooms to tourists.

The government has also announced the creation of a one-stop-shop to apply for a license in the private sector. But there is one unresolved claim: the possibility of creating small and medium-sized enterprises. On Twitter, economist Pedro Monreal wonders if this reform “will be the first” before the approval of SMEs, which the government has been studying since 2016.