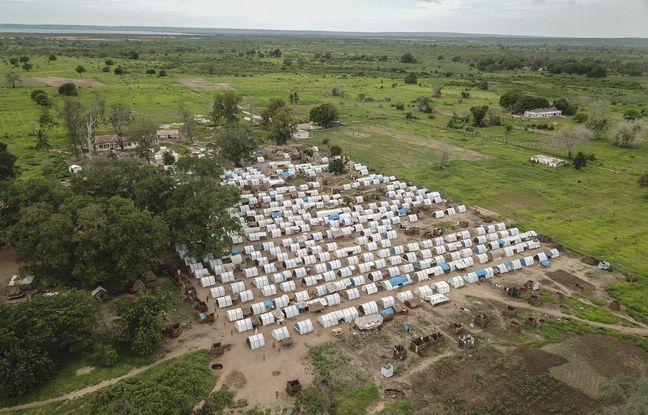 The city of Palma, located in northeastern Mozambique and only ten kilometers from the gas megaproject piloted by the French group Total, is now in the hands of the jihadists after three days of fighting, we learned. Saturday from security sources. “The government forces have withdrawn from Palma, so the city is in fact seized” by armed jihadist groups since last night, one of these sources told AFP. “Palma is being held by the attackers,” added another source who requested anonymity, saying that fighting continued in the area.

The Muslim province of Cabo Delgago, rich in natural gas, has been facing violent guerrilla warfare for more than three years. Palma, where thousands of people fleeing the violence in their villages have taken refuge, currently has 75,000 inhabitants.

Break during the rainy season

On Wednesday afternoon, these jihadist armed groups, which had been more discreet in recent months, launched a major attack on the city, the very day the French giant announced the resumption of work on the gas exploitation site, supposed to be operational in 2024. According to several experts, given the scale of the attack and its careful preparation, it seems unlikely that it was linked to Total’s announcement on the same day.

And the lull of the armed groups, initially attributed to the Mozambican military response, now seems to be more likely attributable to the rainy season, which slows everything down, but also to the preparation of new attacks.

“Bodies in the streets”

In Palma, “almost everything has been destroyed and many people have died,” an employee of the evacuated gas site told AFP on Friday, without further details on the victims or their nationality. Several people were killed, says the NGO Human Rights Watch, citing witnesses “who tell us they saw bodies in the streets”. Among them, at least one South African citizen, we learned from a government source in Johannesburg.

The surprise attack on Wednesday sent terrified people fleeing to the surrounding forest while site workers, including foreigners and Mozambican officials, took refuge inside the nearby site, but also in a hotel in Palma. Nearly 180 people spent more than 48 terrifying hours there, besieged without knowing if help would arrive in time to save them, in the din of helicopters flying over the area. At the end of the day on Friday, they were finally evacuated, but several people were later killed in an ambush.

The Mozambican government has not spoken since Thursday, when it announced a military response to the attack. The attacks by armed jihadists, known as Al Shabab (Young people in Arabic) and who pledged allegiance to the Islamic State group in 2019, forced more than 670,000 people from their homes, according to the UN. The conflict has left at least 2,600 dead, more than half of them civilians, according to the NGO Acled.