The Landes duck industry is getting organized against the epidemic 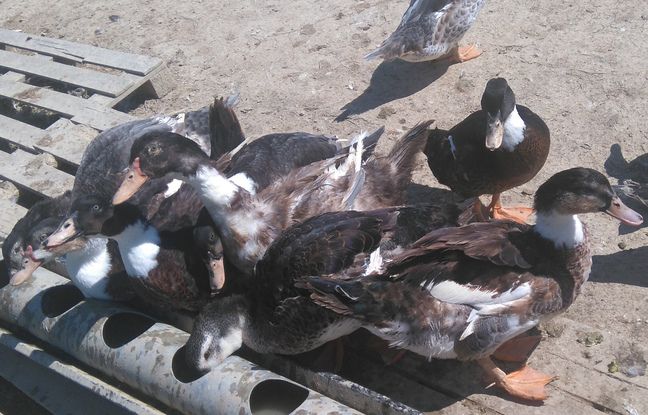 The duck industry in the Landes, where the bird flu surveillance zone has just been extended to around a hundred municipalities, is mobilizing to face this “trauma” and its potentially devastating effects for breeders.

On Tuesday, the Ministry of Agriculture issued an order extending the perimeter within which a preventive slaughter can be ordered in an area of ​​3 km around a source of contamination with the H5N8 virus. It concerns around a hundred municipalities, mainly in the south of the Landes, in Chalosse, but also in Béarn (Pyrénées-Atlantiques).

“This decree does not order the slaughter of all feathered animals in these municipalities,” says Marie-Pierre Pé, spokesperson for the Interprofessional Committee for Foie Gras (Cifog). We are still in prevention, the challenge being to go faster than the virus ”and in particular to ensure that it does not spread further east, in the Gers. “Everyone is mobilized,” she continues. Administration, veterinarians, production organizations and chambers of agriculture who lend a hand to the administration to identify farms and organize depopulation, employees of slaughterhouses, laboratories, etc. “

Eleven outbreaks were detected in Chalosse, the historic heart of Landes foie gras production, making Landes the department most affected by the episode of highly pathogenic avian influenza (HPAI) which has been affecting France since mid-November.

Last week, preventive culls of 40,000 ducks were ordered in this area.