The leader of Podemos will leave the government 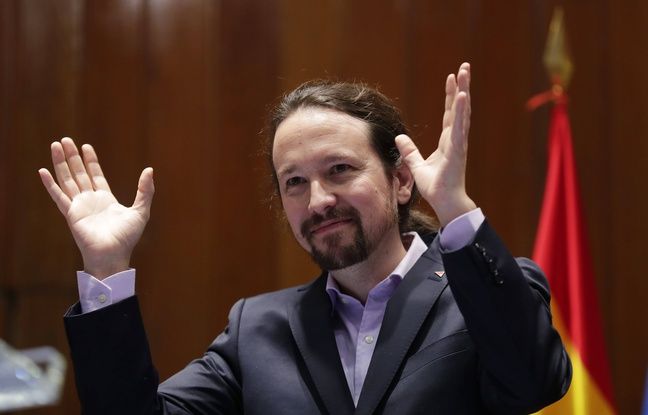 The leader of the radical left of Podemos announced Monday his surprise departure from a Spanish government in the grip of tensions, in order to stand in the regional elections in Madrid, a very risky bet.

“I am going to run in the May 4 elections in the Madrid region,” said Pablo Iglesias, a 42-year-old former professor of political science in a video posted on social networks which took the country by surprise. “I communicated (to the head of the socialist government) Pedro Sanchez my decision to leave my post in the government when the electoral campaign begins,” he added.

Tensions between the Socialists and Podemos

Founder and number one of Podemos since its creation in 2014, Pablo Iglesias also indicated that the current Minister of Labor Yolanda Diaz would replace him as the party’s candidate during the next legislative elections, scheduled for 2023. A little over a year later the formation of the first coalition government in the country since the end of the Franco dictatorship, this departure is a real political coup in Spain.

He intervenes against a background of growing tensions between the socialists of Pedro Sanchez and Podemos, the two formations that make up this minority executive of which Pablo Iglesias has been one of the four vice-presidents since January 2020.

A divisive figure for the Socialists, the latter had faced the veto of Pedro Sanchez when he entered the government, before the Socialist finally gave in after a new ballot in November 2019.

A risky bet for Iglesias

While Podemos is in decline, this decision is also a very risky bet for Pablo Iglesias who leaves the national political scene without any assurance of taking to the right the richest region of the country that she has ruled for more than 25 years. .

“It’s crazy, the costs are enormous” while “everyone gives the beaten left” in Madrid, judge Anton Losada, political scientist at the University of Santiago de Compostela.

“It’s a strong but politically risky bet. He can lose just as much as Isabel Diaz Ayuso, ”the current president of the region, adds Paloma Roman, professor of political science at the Complutense University of Madrid, the same where Pablo Iglesias taught.

A rising figure in the hard right-wing Popular Party, Isabel Diaz Ayuso also created a surprise by breaking off her alliance with the liberal Ciudadanos party last week to call early elections, a decision that redraws the landscape on the right. She said she feared the same fate as the PP in the region of Murcia (south-east), where it was also allied with Ciudadanos.

The liberals have effectively made an about-face in this region to promote a motion of censure against the PP with the socialists in an attempt to eject the conservatives from power. With the arrival of Pablo Iglesias, the regional election in Madrid strengthens its national dimension.

Share
Facebook
Twitter
Pinterest
WhatsApp
Previous articleYouth employment, bonus for the “second line”… The government is taking its time to manage the way out of the crisis
Next article“At least 138 peaceful demonstrators” killed since the coup according to the UN