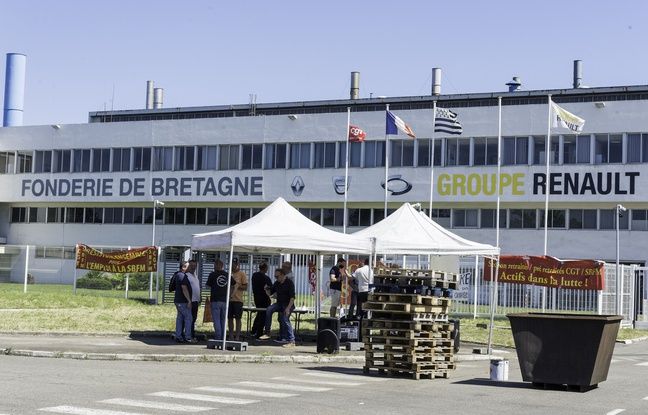 They left the factory on Tuesday evening around 10:30 p.m. In Caudan in Morbihan, the members of the management of the Fonderie de Bretagne who had been retained by the employees since the morning were released. “They still do not want to discuss so there is no point in persisting in wanting to talk with people who do not want to,” said Maël Le Goff, CGT secretary general.

This Tuesday evening, the management of Renault, which put up for sale the factory which employs 350 employees, had condemned “firmly” the blocking of the factory and called for an “immediate return to calm”. Seven members of management were retained by employees, according to the group.

Employees demand their retention within the Renault group

However, employees were still blocking the plant on Wednesday morning. “We are still waiting for progress in this matter,” said Maël Le Goff. “It’s been a year that it lasts, it’s exhausting, tiring,” he added. A delegation of employees was to meet the president of the Brittany region Loïg Chesnais-Girard as well as the mayors of Lorient and Caudan at the end of the morning.

In the summer of 2020, the car manufacturer requested a strategic review which concluded that the site should diversify its activities and continue to reduce its production costs. Employees are asking to remain within the Renault group, which announced on March 11 the sale of the plant in order to “perpetuate activities and jobs”.