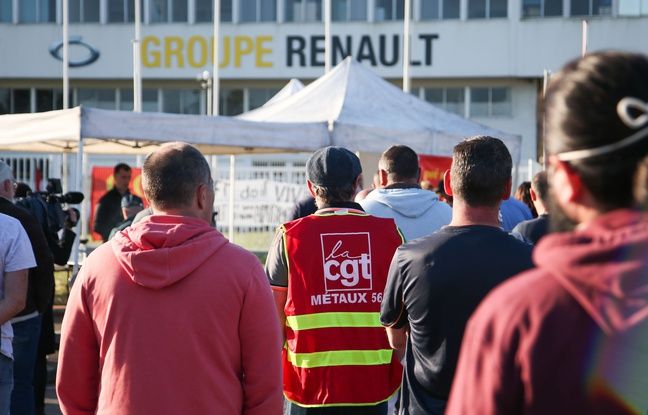 They cannot digest the sale of their factory. Even less the treatment they have been undergoing for several months. In Caudan, in Morbihan, employees block the Fonderie de Bretagne, which Renault is trying to sell. A hundred employees paralyze access to the factory, preventing management from leaving. “We have been blocking for 10 hours because absolutely nothing is happening, our future is darkening. Five people from the management are inside, they will not come out until we have an answer, until someone decides our fate and we are allowed to work, ”said Maël Le. Goff, CGT secretary general of the plant, which employs 350 people.

The morning shift reportedly sought to meet with the site manager. “No discussion is possible and she has decided not to return to work. Unfortunately we had to come to this when yesterday we were working, it is they who pushed us to the end, ”added Eric Blanchier, elected CGT. “There is no kidnapping,” said the mayor of Caudan, Fabrice Vély.

Employees are asking to remain within the Renault group, which announced on March 11 the sale of the plant in order to “perpetuate activities and jobs”. The government announced Monday a fund of 50 million euros to support the retraining of employees in the automotive sector, including foundries in great difficulty. A plan whose employees of Caudan “feel forgotten”, according to the CGT.

Established near Lorient since 1965, the Fonderie de Bretagne manufactures suspension arms, exhaust manifolds and elbows, as well as gearbox differentials. Already in difficulty, and weighed down by the health crisis, Renault announced in early 2020 a savings plan of more than 2 billion euros over three years, which provides for 4,600 job cuts out of 48,000 in France, and more than 10,000 outside of France. At the start of 2020, he announced a billion additional savings. To get through the crisis, the group was also entitled to a bank loan of 5 billion euros guaranteed by the French state.