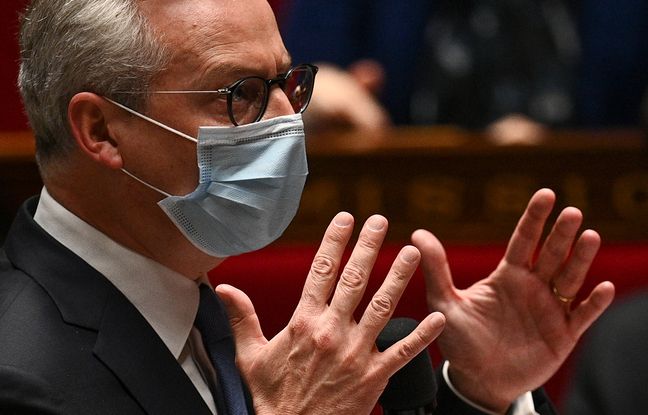 The National Assembly was to vote on the night of Tuesday to Wednesday the fourth and last rectified project for 2020, with 20 billion in additional spending, mainly in the direction of businesses and independents, a support that the oppositions would like to strengthen.

At the start of the discussions, against the backdrop of the discontent of small businesses forced to close, the Minister of the Economy Bruno Le Maire “dedicated” this new budget to them, promising them “additional protection”, in particular thanks to the solidarity fund. Its amount is inflated by 10.9 billion, in addition to the 9 billion already planned, its access significantly widened to sectors such as car rental companies or florists, with amounts increased from 1,500 to 10,000 euros for the month of November according to the case.

The partial activity mechanism is endowed with an additional 3.2 billion euros, and 3 billion social contribution exemptions are programmed.

The French economy plunges back into the crisis

Several deputies castigated the “deplorable conditions” for examining this text, with an all-night debate to go through some 500 amendments and send the bill to the Senate, where it is expected in session Monday.

To support businesses, Bruno Le Maire again asked “all landlords in France to give up one month’s rent” in November, in exchange for a tax credit. He also insisted on “aid for digitization”, a global envelope of 60 million euros, while “one in three businesses is digitized in France, it is insufficient”.

This new amending finance bill (PLFR 4) is not a simple collective end of management as every year, but has a taste for the crisis. The reconfinement since the end of October, decided for at least one month, will plunge activity again, after a rebound in the third quarter.

The 20 billion put on the table correspond according to Bercy to the cost of one month of confinement (15 billion) and to a temporary extension of certain devices after deconfinement. The total amount of spending related to the Covid-19 crisis should thus reach nearly 86 billion euros this year.

Conclusion: the government has revised upwards the impact of the coronavirus epidemic, with an expected recession of 11%, against a 10% decline in GDP in the previous forecast for September. The state debt must soar to 119.8% of GDP in 2020.