The new strain present in Germany since November 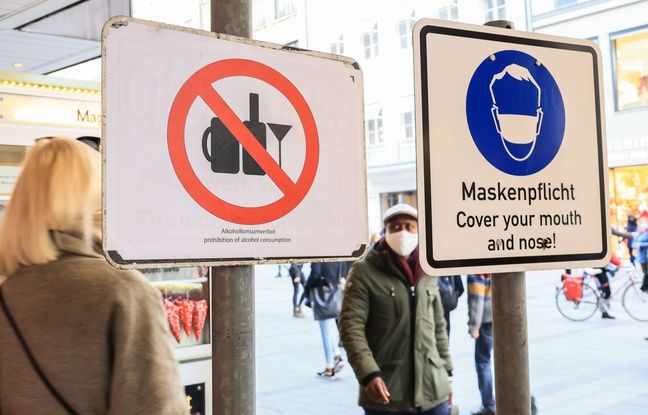 The new strain of coronavirus detected in the United Kingdom was already present in northern Germany as early as November when it was identified in a patient, German health authorities said on Tuesday.

Scientists were “able to sequence the variant of the B1.1.7 virus, in a person infected in November this year,” said the Ministry of Health of Lower Saxony (North), in a statement. This variant is “responsible for a large part of the infections detected in the south of England,” he said.

The couple infected in the UK

The patient infected at the end of November, “very old” and suffering from previous pathologies, is “in the meantime deceased”, adds the press release without specifying the cause of death. The man’s wife, who contracted the same strain of the coronavirus, is cured.

Their daughter had stayed in the United Kingdom “mid-November”, and would “in all likelihood” be infected there, say the authorities. Teams from the Hanover School of Medicine (North) were able to identify the strain after genome “sequencing”. These results were confirmed by the Berlin team of virologist Christian Drosten, from the Charité hospital, a reference on Covid-19 in Germany.

Until then, Germany had only reported one proven case of the new coronavirus mutation, in a woman who arrived by plane from London last Thursday. This mutation is considered more contagious by the British authorities, who sounded the alarm bells last week.

The appearance of the new strain in England led most European states to close their borders with the country last week. The mutation has since been found in several countries, such as Portugal, France, or even Jordan and South Korea. Germany has extended the suspension of land, sea and air links with Great Britain until January 6.