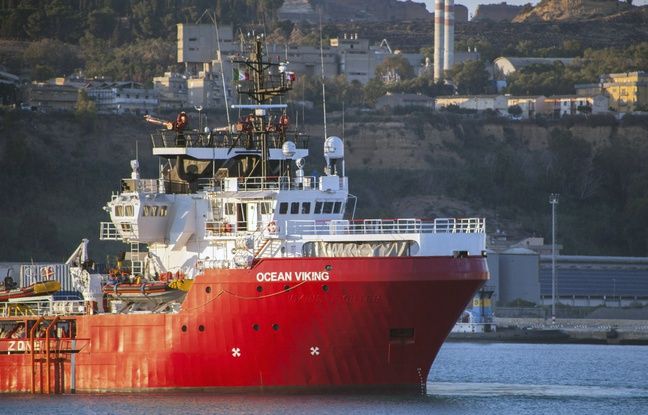 SOS Méditerranée announced that it had rescued 237 migrants who were trying to reach Europe on Thursday. The survivors were in distress off the coast of Libya. The Ocean Viking, the non-governmental organization’s sea rescue vessel, came to their aid in two different operations.

During a first rescue Thursday morning, 121 people aboard an overloaded inflatable boat were rescued. According to SOS Mediterranean, the craft was in international waters, 30 nautical miles (about 56 km) off the Libyan city of Al Khoms.

Still according to the NGO, several migrants had “gone overboard”. In particular, 19 women and two young children were saved. A few hours later, the Ocean Viking team rescued a second canoe in distress, with 116 people on board. Among all the survivors, 101 were minors, the vast majority unaccompanied.

The Ocean Viking returned to sea in mid-January from Marseille, in the south of France, after spending five months stranded in Italy where the authorities imposed work on it. It is currently the only NGO relief ship in the region.

As soon as it returned to sea, the boat had enabled the rescue of 374 migrants attempting the crossing to Europe. Among them was an eight-month-pregnant woman, who was able to be evacuated by the Italian coast guard. The SOS Méditerranée boat then left the port of Augusta (Sicily) on Tuesday.

The candidates for exile from various countries mainly leave Tunisia and Libya to reach Europe via Italy, whose coasts are the closest. In total, more than 1,200 migrants perished in 2020 in the Mediterranean, the vast majority of them on this central route, according to the International Organization for Migration (IOM).

Promising results for a French nasal vaccine against Covid-19