The number of twin births has skyrocketed around the world 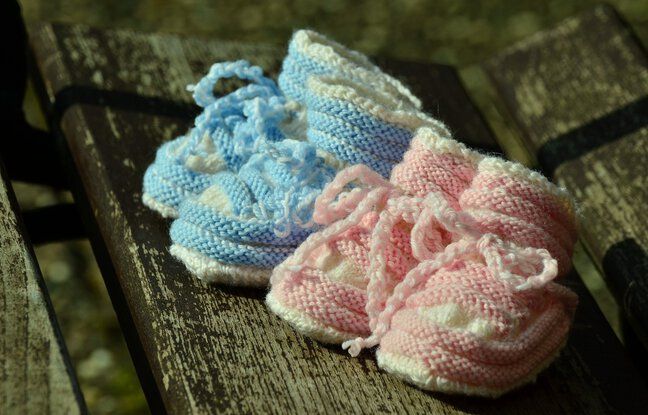 Twins baby boom. More than 1.6 million pairs of twins are born each year in the world, or “nearly one in 40 babies”, according to their study published in the specialized journal Human Reproduction. This unprecedented boom in twin births can be explained by the extension of ART and the later age of pregnancies, researchers say on Friday.

Since the 1980s, the global rate of twin births has increased by a third, from 9.1 to 12.0 per 1,000 deliveries, in just three decades, says Gilles Pison, professor at the National Museum of Natural History. and associate researcher at the National Institute of Demographic Studies (INED).

This boom in twins is worrying because they are more often underweight, premature, with more complications during childbirth and higher mortality than the others, not to mention the difficulties for parents to take care of two babies in same time.

The increase in the worldwide frequency of twins is due solely to the unprecedented rise in pregnancies of so-called “fraternal twins” (from two different eggs), which varies from continent to continent and from period to period. the other. The identical twins, known as monozygotes, are born everywhere in the same proportions, with “a constant rate – of four deliveries of identical twins for a thousand deliveries – not varying with the age of the woman, nor from one region to another. », Notes Pr Pison.

Medically Assisted Reproduction (ART), which began in wealthy countries in the 1970s, has contributed to this increase in multiple births, as have later pregnancies.

The blood level of a hormone that intervenes in the maturation of the egg and ovulation, FSH, increases with age and explains that the probability of a twin pregnancy increases until it reaches a maximum at 37 years. Beyond that, before the arrival of ART, the rate of fraternal twins decreases rapidly due to failure of ovarian function and an increase in embryonic mortality, explains the researcher.

Twinning rate may not have peaked

Technical progress in assisted reproduction has made it possible for several years to have a pregnancy with just as much success by implanting only one embryo and freezing those in excess. A precaution which means that “we have perhaps reached a peak in terms of twinning rates, in particular in rich countries where PMA has spread the most so far”, note the authors.

Study editors Gilles Pison, Christiaan Monden from the University of Oxford and Jeroen Smits from Radboud University in the Netherlands, used all available data to estimate the twinning rate in different countries around the world. and describe the changes that have occurred in three decades, comparing the periods 1980-1985 and 2010-2015.

Of the 3.2 million twins born each year, 1.3 million are born in Africa (650,000 pairs) and as many in Asia. The rest, about 600,000 children, on other continents. If Asia is home to so many twin births, it is first of all because it brings together 60% of humanity. The large number of twins in Africa (17% of humans) can be explained in particular by a much higher birth rate than elsewhere, which is between double and triple that of other continents, as well as by a twinning rate in Africa. highest start in the world.

The twinning rate in Europe and North America 30 years ago was almost half that of Africa, but it has increased significantly since then (reaching 14.4 and 16.9 twin deliveries per 1,000, respectively) and has almost joined that of Africa, which has hardly changed (17.1). The spread of assisted reproduction and childbearing at an older age have therefore led to “a movement of convergence” towards the high rate in Africa.