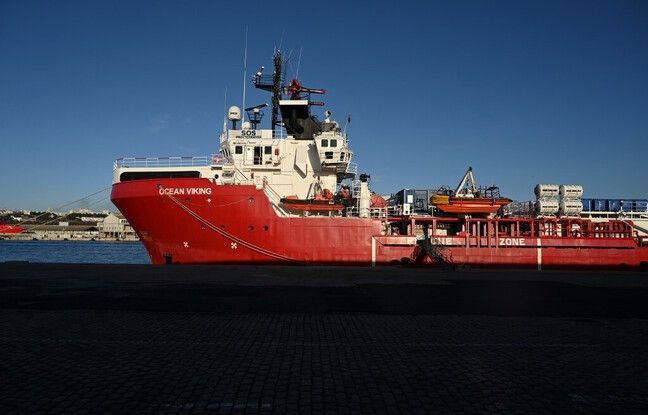 The ocean rescue boat Ocean Viking landed this Saturday in Sicily, in the port of Augusta, 236 migrants that it had rescued at sea on Tuesday off Libya, according to the NGO SOS Méditerranée. Among the survivors of fifteen different nationalities, embarked aboard two rubber dinghies, “what is striking is that there are many minors, 114 of whom are unaccompanied”, indicated the director of operations. .

The migrants were then in international waters, 32 nautical miles (51 km) off the coast of Zawiya, a city in western Libya, according to SOS Méditerranée, an NGO based in Marseille, in the south of France. As they got off the boat, the migrants were subjected to identity checks and had to pass Covid-19 detection tests, carried out by health personnel in high protection gear, according to images taken on the spot. Unaccompanied minors were taken to special reception facilities.

By announcing the landing operations of the survivors in Sicily, SOS Méditerranée came back on Saturday on the failed rescue operation of April 22. The crew of the Ocean Viking, their ambulance boat, had arrived too late to help some 130 migrants boarded another lifeboat.

“Seven years after the end of Operation Mare Nostrum, SOS Méditerranée still demands that an effective European search and rescue system, in accordance with the law and responding to the values ​​of humanity, be restored as a matter of urgency”, pleads this Saturday the NGO. “This requires a return to efficient, rapid and non-exclusive coordination, in full respect of international maritime law, between maritime authorities and all ships at sea”.

Believing that “the reestablishment of a European search and rescue fleet is the only option”, SOS Méditerranée emphasizes that on April 22 the only boats to have tried to find the people in distress were three merchant ships and the Ocean Viking. The NGO welcomes however that Friday, “for the first time in months, a ship of the European navy, of the Italian navy more precisely, carried out a rescue in international waters off Libya”.

“We hope that this signals an awareness on the part of European governments,” said Sophie Beau, general manager and co-founder of the association. At least 453 migrants have died since the start of the year trying to reach Europe via the Mediterranean, according to figures from the International Organization for Migration (IOM). In its press release, SOS Méditerranée claims to have rescued nearly 33,000 people since February 2016, first with the Aquarius, then the Ocean Viking.