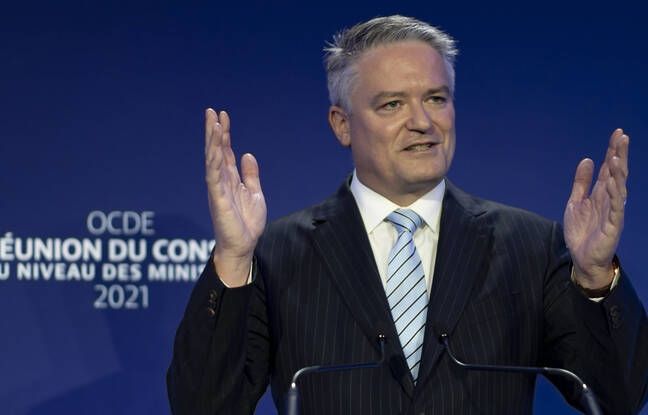 130 countries under the aegis of the OECD reached an agreement on Thursday on the reform of the taxation of multinationals. This notably provides for the establishment of a minimum tax “of at least 15%” on the profits of the world’s largest companies, the Organization for Economic Co-operation and Development announced. “After years of intense work and negotiations, this historic package of measures will ensure that large multinational corporations pay their fair share of taxes everywhere,” said OECD Secretary-General Mathias Cormann, quoted in a statement.

A small group of countries, including Ireland and Hungary, very reluctant to the proposed agreement that was under negotiation, did not sign the declaration reached today, according to the list provided by the Organization. The joint declaration, which is based on the agreement reached at the G7 at the beginning of June, also provides for a “more equitable” distribution of the profits between the countries where the head offices of the companies are located and those where they actually carry out their activity, even without physical presence. This component targets in particular the digital giants.

“The most important international tax agreement concluded in a century”

The agreement was immediately praised around the world. For the French Minister of the Economy Bruno Le Maire, this is “the most important international tax agreement concluded for a century”. “I welcome this major breakthrough”, an “innovative global ambitious agreement”. “We will put an end to tax optimization and the race to the lowest tax bid”, which is “a dead end for Europe and the rest of the world,” he said on Twitter.

“The agreement reached is a colossal step towards greater tax justice (…). In the future, large companies will pay their fair share for financing the common good, ”German Finance Minister Olaf Scholz said in a statement. London welcomes “a new step” towards reform of global finance

Across the Atlantic, the US Treasury Secretary sees it as a “historic day for economic diplomacy”. “In the United States, this deal will ensure that companies take a fair share,” Janet Yellen said in a statement. “We now have a chance to build a global and national tax system that allows American workers and businesses to compete and win in the global economy,” she added.

“This two-pillar plan will be of great help to states as they need to mobilize the tax revenues necessary to restore their budgets and public finances while investing in essential public services, infrastructure and measures required for post-recovery recovery. COVID is strong and lasting, ”said the OECD in its press release.

The participants in the negotiations have given themselves until next October to “complete the technical work” and to prepare “an effective implementation plan in 2023”.