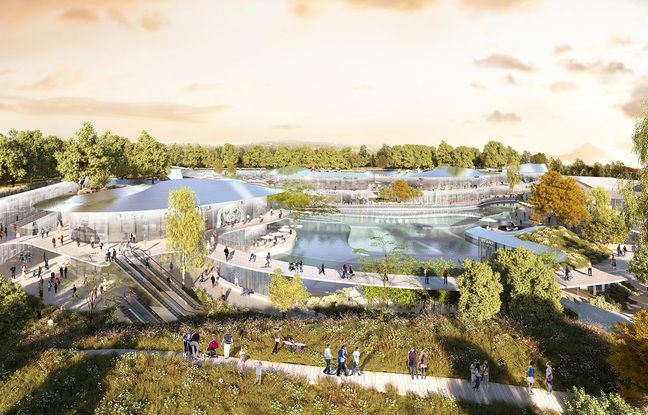 Less vast, probably less high; a less ambitious project for less nuisance? Everything is a question of point of view but one thing is now – almost – certain: the Open Sky project will be carried out in a revised version in Valbonne (Alpes-Maritimes).

The new ecological mayor of Valbonne, Joseph Cesaro, and the CEO of the Phalsbourg company, Philippe Journo, confirm this to 20 Minutes… With the precautions required by negotiations on a file of this magnitude. “We are in talks, nothing has been done yet,” said the elected official. “The discussion is not at all finalized, we will see more clearly in January”, promises the leader.

In practice, it is now planned to reduce the floor area occupied by 25% and the retail area by 36%, which would not exceed 38,000 m2. “I also got the company to build an environmental professions campus instead of the 20,000 m2 of offices that were planned, as well as a reduction in the size of the interior lake, which would become a mirror of water” , adds Joseph Cesaro.

The elected wanted to stop the project undertaken by his predecessors. But he came up against questions of law. “We consulted four law firms, specializing in administrative law and criminal law, and all told me that it was legally impossible to cancel the sale of this 10-hectare plot, unless we paid the developer a very high compensation. “The CEO of the Phalsbourg company agrees:” Between creating 1,000 to 2,000 fewer jobs or paying 60 million, there is a principle of reality “.

Because the promoter, who is also carrying out the Iconic project in Nice between avenue Jean-Médecin and Thiers station, says he has already committed “a lot of money” to the project. “We removed 1,400 tonnes of asbestos from what was an open dump, a real ecological scandal. This site is finished. We also had to move a concrete batching plant from the 1970s. ”Preparatory work pending the launch of the construction site, which could begin in the spring.

It remains for that to sign the deed of sale of the land whose compromise, which dates from December 2012, expires on December 31. “We will formally request a signing date before the end of the year, in the form of a summons to sign. And the municipality should submit to it. “This file, I must get rid of it!” “