The order of dental surgeons sanctioned for anti-competitive practices 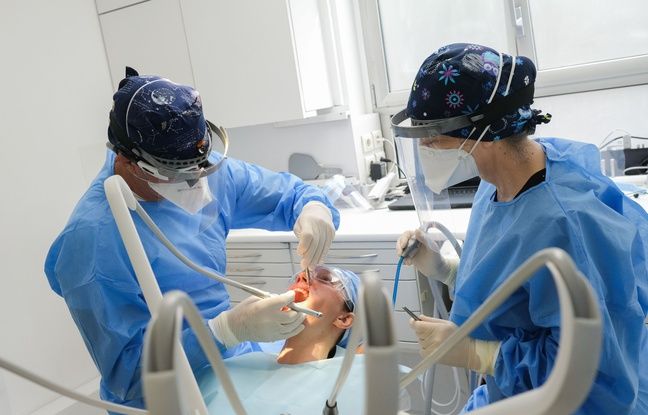 The Competition Authority announced on Thursday that it had imposed a sanction of four million euros on professional bodies of dental surgeons. The reason: boycott practices against dental care networks offered by complementary health insurance, which allowed patients to pay less for certain expensive care.

These professional bodies are accused of being the source of campaigns of complaints and pressure against dentists to terminate their contracts with dental care networks such as Santéclair, Kalivia or Itélis. However, these networks “allow the French to access expensive care (prostheses, implants, in particular) thanks to a cap on the prices of practitioners”, underlines the gendarme of the competition, who considers these practices “particularly serious”.

Anti-competitive practices between 2013 and 2018

In detail, the Competition Authority sanctioned the National Council of the Order of Dentists (CNOCD), which receives the heaviest fine, three million euros. It also sanctioned the departmental councils of the order of dental surgeons (CDOCD) of Isère, Bouches-du-Rhône, Dordogne, Haut-Rhin and Bas-Rhin and the Federation of liberal dental unions ( FSDL), for anti-competitive practices that took place between February 7, 2013 and December 18, 2018. It also sanctions the French dentists’ union (CDF) “for having hampered the activity of these networks by independent practices , from November 2014 to December 18, 2018 ”.

Among the anti-competitive practices identified by the Competition Authority, the CNOCD, the CDOCD of Isère and the FSDL “jointly organized a campaign intended to encourage dentists to file a complaint against their colleagues who are members of Santéclair before the departmental councils ”, explains the press release. These complaints, which for example had for motive an attempt to divert patient or even prohibited advertising, were then to make it possible to put pressure on the practitioner implicated “during the pre-litigation procedure, with the aim that this one terminates his contract with a network ”.

A “significant impact on the market”

“No disregard” of ethical rules “could be attributed to these practitioners”, judges the Competition Authority. These practices have had a “significant impact on the market”, says the gendarme of the competition, estimating that “nearly 50 dental surgeons have left the Santéclair and Itélis networks following the sanctioned practices”.

In a statement, the dentists’ union CDF announced that it would appeal against a “very heavy sanction”, “as unjust as it is unjustified”, and which according to it only aims to “gag” him. By campaigning against dental care networks, the CDF “questioned the quality of treatment and denounced the commodification of care”, which he said fell within his “freedom of expression”, he argued. For its part, the Order of dental surgeons “took note” of the decision of the Competition Authority, based according to it “on materially inaccurate facts”, and against which it “plans” also to appeal.