The party is over for pork producers with plunging prices 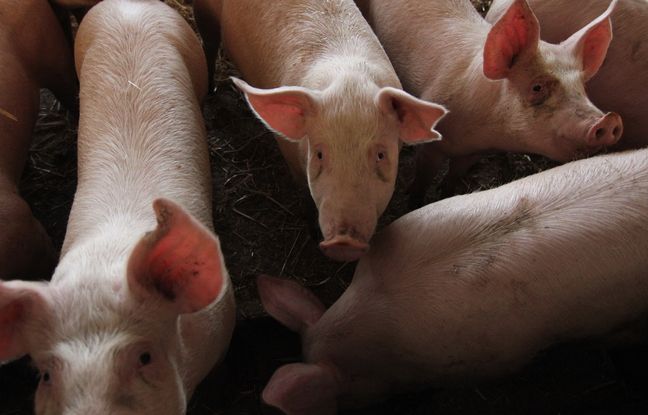 For French pork producers, the time has come to celebrate. Between the coronavirus epidemic, the African swine fever which strikes Germany and China which is rebuilding its herd, the bad ones are piling up at the end of the year. “We took advantage of the improvement for 18 months but it has passed,” says Paul Auffray, president of the French Institute of the pig.

In the fall of 2019, the selling price flirted with 1.70 euros per kilo, a price never reached since 2012. But the price has since stopped gradually falling. On Monday, during the last listing on the Breton Pig Market (MPB), the price stood at 1.201 euros per kilo, the lowest since March 2019 and lower than production costs. “All the signals are orange,” confirms Pascal Le Duot, director of the MPB.

Prices had soared due to African swine fever

The improvement in pig prices was largely due to the African swine fever which hit China in 2018. The world’s largest producer was thus forced to slaughter animals from contaminated farms, reducing its production by nearly a third. But China is also the world’s largest consumer of pork. To continue to supply its domestic market, it has therefore resolved to import more, boosting prices for months.

Back in the balance, the recent discovery of cases of African swine fever in Germany, the leading producer in the European Union, has destabilized the European market. “I am very angry with the Germans: unlike France, they did nothing to protect their farms! », Accuses Paul Auffray.

No openings in catering

As a result of this epidemic, several extra-European countries, including China, have suspended their imports from Germany. It found itself deprived of its main export outlet, China, and fell back on the European market, causing prices to fall, in line with the current world price trend.

To this bloated supply on the European market was added the second confinement in France which took place at the end of October. The latter “once again deprived businesses of outlets in the out-of-home catering sector (RHD) that the increase in household purchases could not offset”, notes the Breton pork market.

China on the verge of rebuilding its herd

Another bad news for French producers, the decimated Chinese herd is in the process of rebuilding, faster than expected. The Chinese Ministry of Agriculture and Rural Affairs, quoted by the agricultural press, reports “nine consecutive months of growth” of its pig herd at the end of September. “We must always be wary of official announcements (…) It is a way of putting pressure on the prices”, analyzes Pascal Le Duot.

In this context, “not easy to make forecasts” on the prospects available to producers, notes Paul Auffray, for whom the European market is durably destabilized by the swine fever epidemic in Germany. “Given this exceptional situation, between FPA, Covid, evolution of consumption, it is almost impossible” to project, he underlines.