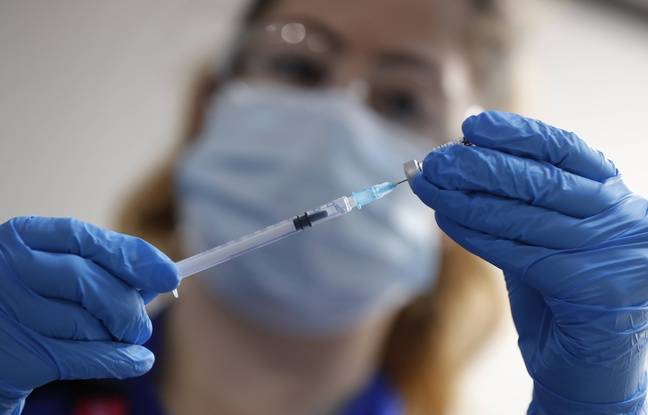 A first warning … British health authorities on Wednesday advised against administering Pfizer and BioNTech’s vaccine against Covid-19 to people who have had “significant allergic reactions” in the past, two people having reacted badly to first injections.

The two people who reacted badly are recovering well

The United Kingdom was the first country to authorize the vaccine and began a massive vaccination campaign on Tuesday, aimed so far at caregivers and the elderly. “Two people who had serious allergic reactions reacted badly,” said Stephen Powis, medical director of the National Health Service for England. “Both are recovering well”.

These two people are prone to allergies to the point of always carrying adrenaline with them. Therefore, the UK medicines agency, MHRA, issued a recommendation not to vaccinate “anyone with a history of a significant allergic reaction to vaccines, drugs or food (such as anaphylactic reactions or those to who was advised to wear an adrenaline injector) ”.

Same precaution in the United States

On Wednesday, a senior American official announced that if the vaccine was authorized in the United States in the coming days, the same recommendation would undoubtedly be made.

“As in the UK, it is likely that the vaccine (will not be recommended) for people with known severe reactions, until it is understood exactly what happened,” said Moncef Slaoui, Donald Trump administration’s chief scientist for Operation Warp Speed. Some 800,000 doses of this vaccine out of the 40 million ordered by the government will be administered initially in the United Kingdom.

Despite the speed to put it on the market, “we have not cut back” on safety, had assured Tuesday the boss of Pfizer, Albert Bourla, during a virtual round table in Geneva.

The United Kingdom is the European country most bereaved by the pandemic with more than 62,000 dead. The success of the vaccination promises to be crucial for the government of Boris Johnson, much criticized for its management of the pandemic and facing the anger of some elected officials at the restrictions imposed in much of the country, with an enormous economic and social cost .

Who to vaccinate first?

Asked by a parliamentary committee, the chief medical officer for England, Chris Whitty, estimated Wednesday that “three or four vaccines” should be available by mid-2021 in the United Kingdom.

According to him, there will be “important ethical, political but also clinical choices” to be made to determine who will have access to it, after the 20 million priority people, including caregivers and the most vulnerable, have been vaccinated, this that the authorities hope to have achieved by the spring.

Before the same commission, the director of the MHRA, June Raine, indicated that the body was in the process of evaluating “intensively and with great scientific rigor” the vaccine developed by AstraZeneca and the British University of Oxford . The latter became the first Tuesday to see its efficacy results validated by the leading scientific journal The Lancet, which confirms its effectiveness at 70% on average.