The planned merger between TF1 and M6, an upheaval for advertising and TV rights 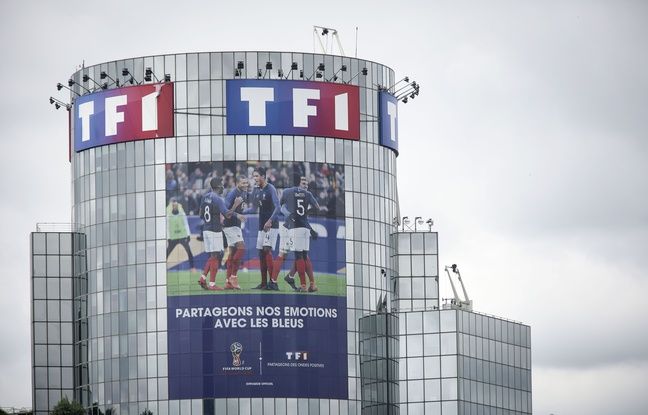 Brands that want an advertisement before Koh-Lanta (75,000 euros for 30 seconds) or Love is in the meadow will they have to spend even more? This is one of the many questions posed by the merger announced Monday evening between TF1 and M6. In detail, Bouygues (shareholder of TF1) would control 30% of the future entity, and RTL Group (M6) would have 16%. The rest of the capital (54%) would be listed on the stock exchange.

The future structure would in theory control ten channels * (such as TMC, LCI, W9, or even Gulli) and therefore a large share of the television advertising market. If the two groups at the origin of the project obviously welcome their merger, this announced birth of a French audiovisual giant is far from certain. Explanations.

What do the two groups weigh in the advertising market?

Very heavy. In 2019, the sums spent by brands to buy advertising spots on television amounted to 3.4 billion euros, according to the barometer of the Institute for Advertising Research (IREP). Of this total, TF1 and M6 capture around 70% (45% for TF1, 25% for M6). Suffice to say that the future group resulting from their merger would be largely dominant against other channels such as France Televisions or Canal +.

Why does this reconciliation not appeal to everyone?

This ultra-domination of the advertising market by a single player frightens advertisers. Indeed, instead of being able to negotiate as usual with several chains, they will find themselves facing a single interlocutor who will be free to impose his prices. “Such an actor could block the passage on the air of brands which would like to be present but which would not have the means” worries Jean-Luc Chetrit, general director of the Union of the marks (UDM).

Another fear: that linked to future calls for tenders, especially in sport. Illustration with the France football team. Currently, TF1 and M6 share the broadcasting of the Blues matches until 2022, for an amount of 140 million euros. However, “the announcement of the merger reshuffles the cards, breaks the competition, and will certainly lead to a discount”
affirms on Twitter Pierre Rondeau, sports economist. Indeed, if TF1 allies with M6, who was his main opponent for the matches, he will no longer need to pay a high price to broadcast the Blues. This could therefore lead to a drop in income for the FFF.

Yes. Because before consecrating their marriage, the two entities will have to convince the anti-trust authorities, and in particular the Competition Authority. As we have seen, the strong position of the future “TF1-M6” on the TV advertising market could constitute a monopoly situation, and therefore lead to a rejection of the merger. “The fact that 70% of the market is held by a single advertising agency is a bad idea,” assures Jean-Luc Chetrit. So I dare to hope that the Competition Authority will ensure that free competition is maintained ”.

The challenge for the two groups will therefore be to convince the regulators that the market to be evaluated also includes digital advertising, and not just the commercials broadcast on television. This would allow TF1 and M6 to “dilute” their market shares, and therefore escape the accusation of monopoly.

In addition, the future heavyweight of the TV will have to give up three channels among the ten current ones, since the French law authorizes only seven “slots” per group. According to a media observer interviewed by AFP, the implementation of the merger could take from eighteen months to two years, or until 2023. Knowing that at that date, if the merger still has not successful, M6 will be required to request a new transmission authorization from the CSA. If accepted, this will block any disposal project for another five years, ie until 2028. The road to the merger is therefore still very uncertain.