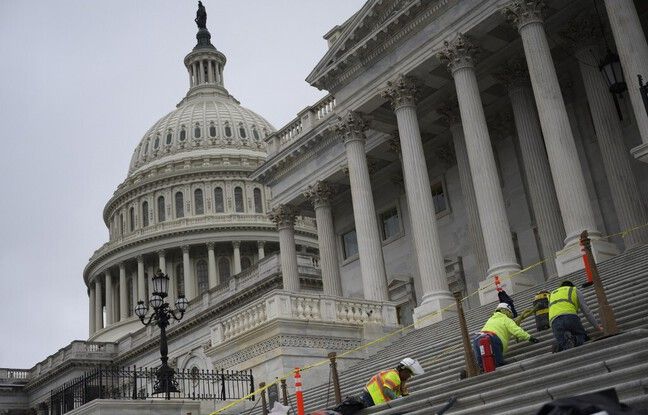 Reinforced security at the Capitol. The US police have reported a planned assault on the seat of Congress, scheduled for March 4 and said they are ready to respond to “all threats.” The building had previously been targeted by pro-Trump protesters on January 6.

Members of the QAnon conspiracy movement believe that March 4 will see Donald Trump invested as President of the United States for a second term. “We have obtained information which shows a possible plan of a militia identified to force the entry of the Capitol on March 4,” the police wrote in a statement, affirming to be “informed and prepared for any potential threats”.

“We take this information seriously,” she stresses. “Given the sensitive nature of this information, we cannot provide further details at this stage. The Capitol Police say they have “already made a significant increase in security” since January 6, when hundreds of supporters of Donald Trump invaded the seat of Congress while parliamentarians certified the victory of Democrat Joe Biden.

“Our department is working with our local, state and federal partners to counter any threat to the Capitol,” she continues. On Tuesday evening, the Capitol police had simply indicated that they had been “warned of disturbing information and intelligence relating to March 4”.

The head of protocol and security services in Congress, Timothy Blodgett (“Acting Sergent at Arms”) sent a message to congressmen on Monday to inform them that he was working closely with the police to monitor the information. “Linked to March 4 and the possible demonstrations surrounding what some call” the real day of the investiture “”.

“The importance of this date has apparently decreased among different groups in recent days,” he said, however, in an email published by US media. Until 1933, the American presidents were invested on March 4, and not on January 20 as is now the tradition.

During Donald Trump’s presidency, members of the QAnon nebula were convinced that the Republican would save the world from corrupt and pedophile elites. Self-proclaimed QAnon members were present among the January 6 protesters.