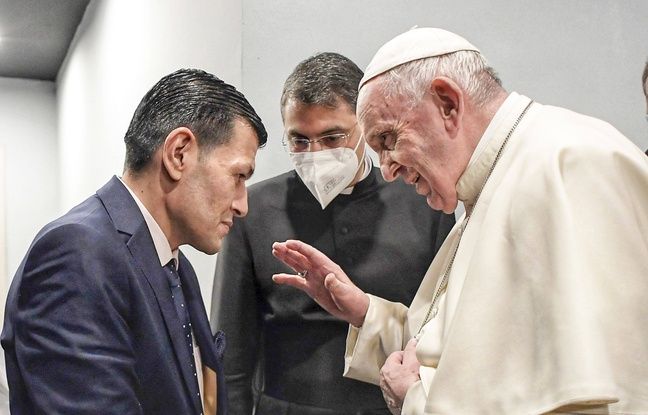 This is a highlight of the Pope’s visit to Iraq. François met Sunday evening in Erbil, in Iraqi Kurdistan, the father of Aylan Kurdi, the little Syrian boy, who drowned in the Aegean Sea, who became a tragic symbol of the refugee crisis in 2015. The photographs of the body of the boy of three years stranded on a beach in Turkey had caused shock and awareness about refugees from the war in Syria.

Aylan Kurdi drowned with his older brother Galip and his mother Rehanna when their inflatable boat sank in the middle of the Aegean Sea. The family originally from Kobane, in northern Syria, wanted to join Canada.

A call for “peace”

“The Pope spoke at length with Abdullah Kurdi”, who now lives in Iraqi Kurdistan, “and was able to listen to the pain of a father who lost his family”, indicates the Vatican, while the sovereign pontiff made welcoming refugees is one of the major themes of his pontificate.

Pope Francis concluded his visit to Iraq, the first by a sovereign pontiff in the country’s history, on Sunday evening with a mass at a stadium in Erbil. In one of his speeches, the Pope called for “peace” in the Middle East and “especially in martyred Syria” where a popular revolt degenerated into a complex war just 10 years ago, sparking more than 10 years. 387,000 dead.