The power seeks to legitimize itself in legislative elections Saturday 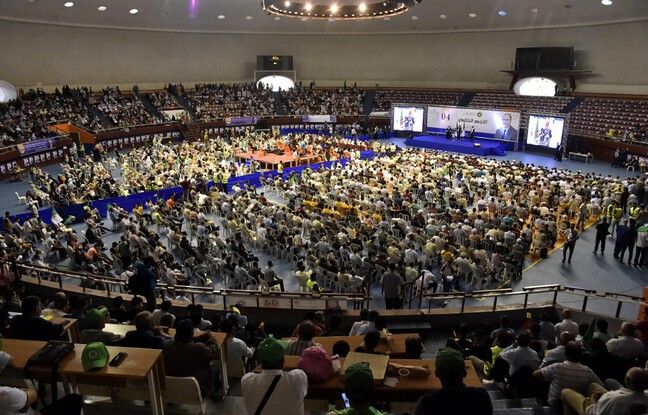 Some 24 million Algerians go to the polls on Saturday for early legislative elections supposed to bring new legitimacy to the regime, but rejected by the protest movement of Hirak and part of the opposition, against a backdrop of widespread repression. The main stake is again participation after the previous electoral consultations (presidential of 2019 and constitutional referendum of 2020), marked by a historic abstention (60% and 76% respectively).

Two fiascos for a power determined to apply its electoral “road map”, ignoring the demands of the street (rule of law, democratic transition, independent justice). At the end of an electoral campaign without a public because of the epidemic, the pro-government parties and the official media called “to participate in force in this election which is crucial for the stability of the country”. But the regime accommodates, in advance, a possible strong abstention, while hoping for a participation rate between 40% and 50%.

407 deputies of the National People’s Congress (APN, lower house of Parliament) are to be elected for a five-year term. There are 1,500 lists – more than half of which are displayed as “independent” – or more than 13,000 candidates. It is the first time that such a large number of independents have presented themselves to contenders endorsed by political parties, widely discredited and held responsible for the political and socio-economic crisis that has shaken Algeria for thirty months.

These newcomers, with a fuzzy affiliation, could establish themselves as a new force with the endorsement of power, which appealed to “young people” and encouraged their candidacies. Especially since some in the secular and left opposition, in decline, called on their supporters to boycott the ballot. As for the winners of the last legislative elections (2017), the National Liberation Front (FLN) and the National Democratic Rally (RND) (partners in a Presidential Alliance that supported the ousted former President Abdelaziz Bouteflika) they are today ‘ hui discredited.

We must also take into account the legalist Islamist movement which decided to take part in the ballot in order to “contribute to the desired change”. Abderrazak Makri, the president of the Movement of the Society for Peace (MSP), close to the Muslim Brotherhood, said he was “ready to govern” in case of victory. Some analysts predict a relative majority for moderate Islamist parties in the new assembly. President Abdelmadjid Tebboune seems ready to compose: “This political Islam does not bother me because it is not above the laws of the Republic”, he told the French weekly Point.

As the election deadline approaches, the army chief of staff, General Saïd Chengriha, warned against “any plan or action aimed at disrupting the conduct” of the vote. Confirming the choice of all-security, the security forces arrested Thursday the opponent Karim Tabbou, figure of Hirak, and Ihsane El Kadi, director of a radio station close to the protest movement, according to their entourage. The National Committee for the Liberation of Detainees (CNLD), a support association, reported other arrests in Algiers and Oran (north-west).