The president signs a new song, inspired by the birth of a foal 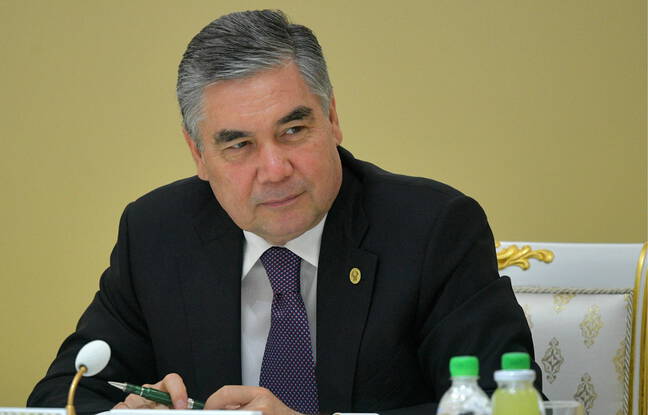 “Pearl of Asia / Achkhabad is my white city”. Turkmen viewers have discovered a new song written by their president and set to music by his grandson.

It is the birth of a foal that inspired Gourbangouly Berdymoukhamedov, the president of this Central Asian state. The animal is named after the country’s capital.

A first at the State Cultural Center

The premiere of the song, titled My white city Ashkhabad, was held at the State Cultural Center, performed by “the masters of the (music) scene of Turkmenistan,” state television reported, showing footage of the event. We see dancers, singers and singers performing the song with in the background photos of the president, the foal and his favorite horse parading.

“Inspired by the birth of the colt ‘Ashkhabad’, son of the legendary Turkmen racehorse Akkhan who was bred by the leader of the nation himself, the president wrote the verses of My white city Ashkhabad “, Explains state television.

The president considered “the arrival on Earth of the colt on Earth in the year of the celebrations of the 30 years of independence (of the country) and of the 140 years of Achkhabad”.

The president had already signed with his grandson Kerimgouly a tube dedicated to Akkhan, his favorite steed of the Akhal-Teke Turkmen race. The horse Akhal-Teke and the Turkmen sheepdog Alabai have also been elevated to national symbols by the head of state.

The president of Turkmenistan, one of the most reclusive and authoritarian countries on the planet, is accustomed to staging celebrating his multiple sporting or musical talents, nurturing a cult of his personality.

Last month, the president appointed his son Serdar Berdymoukhamedov, 39, deputy prime minister and member of the National Security Council. The latter is also the head of the Turkmen Shepherd Dog Association.