The Printemps store will close by next November 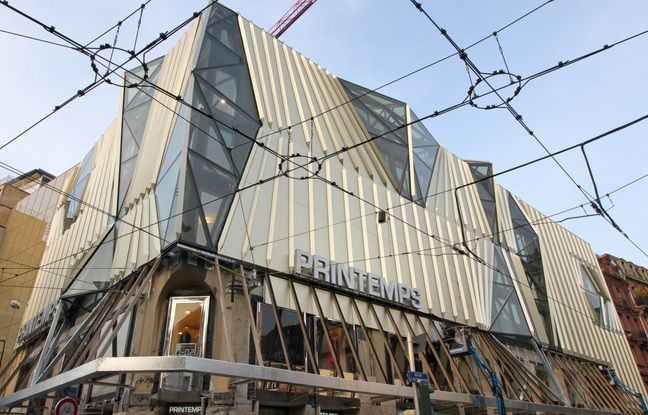 Huge blow for Strasbourg trade. The Printemps store in Strasbourg will close its doors for good in 2021, probably by next November. The decision “was recorded” on Tuesday by videoconference at a works council (CE). The closure of the Strasbourg store affects around 200 employees. A PSE will be discussed and put in place from this November, indicates the CGT.

Three other Printemps stores are concerned. Porte d’Italie in Paris, Le Havre and Metz. Three Citadium brands belonging to the group are also concerned. In Strasbourg, the unions had sounded the alarm bell for years. Turnover had fallen sharply. “The health crisis has not helped matters, regrets Martine Ebersold of UD CGT 67. If at the national level the Printemps explains this closure by the crisis of” yellow vests “, attacks and the coronavirus, continues the trade unionist, here, it is above all the management’s strategy that is called into question ”.

The CGT indeed criticizes the strategic choices of management to absorb the drop in turnover. In particular the sale of the walls of the store. “The landlord did not want to renegotiate his rent,” explains Martine Ebersold bitter. The CGT also criticizes “the elimination of the children’s sector and the restaurant on the 8th floor where the people of Strasbourg came to eat and at the same time make purchases. “But also the elimination of the car park and having” transformed the store into a luxury hotspot that excludes the large part of the Strasbourg population. “

Very harsh news adds the CGT while “the employees are confined, therefore isolated” and can not react at the end of the year, and “cruel because some have already more than 40 years of seniority. It also remains to be seen now what will happen to this immense commercial space of 7,500 m2, planted in the heart of the city …