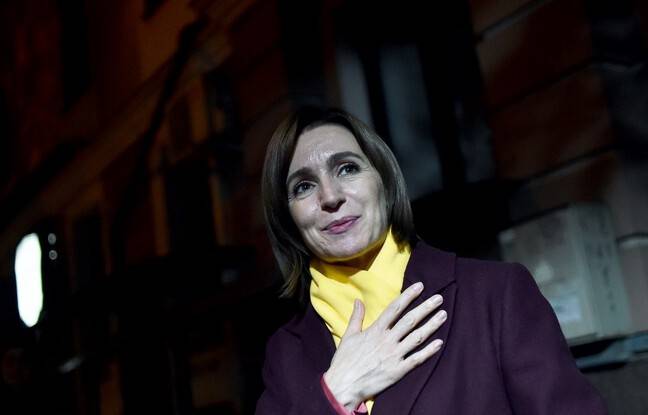 Well ahead of the outgoing pro-Russian, the ex-pro-European Prime Minister, Maia Sandu, won the second round of the presidential election in Moldova, this Sunday, after the counting of more than 99% of the ballots.

Faced with Igor Dodon (43%), targeted by corruption charges during his four-year mandate, Maia Sandu, who promises a merciless fight against corruption, won 57% of the vote.

The victory of Maia Sandu, 48, the first woman to take the presidency in this former Soviet republic balancing for years between European ambitions and rapprochement with Moscow, risks being frowned upon by Russia, which fears losing its influence in the region. While full results are expected by Monday morning, celebrations erupted outside the candidate’s election headquarters in central Chisinau. 45-year-old Igor Dodon has not yet commented on the outcome of the vote, but “called for calm”. His press conference was expected in the morning.

Maia Sandu’s victory augurs well for “a clear decline in Russian influence,” Iulian Groza noted for the executive director of the Institute for European Policy and Reforms in Chisinau. The latter, which has the reputation of being incorruptible, “will advance reforms” and “will be able to defend national interests by dialoguing with Russia,” he added. An economist by training, Maia Sandu had worked for the World Bank (WB) in Chisinau from 1998 to 2005, then in Washington from 2010 to 2012. Before her brief stint as Prime Minister, she had also headed the Ministry of Education.

One of the poorest countries in Europe

Russia, faced this year with protest movements in Belarus and Kyrgyzstan, which it considers to be its zone of influence after having severed its ties with Ukraine since 2014, openly supported President Dodon. Its President Vladimir Putin received him at the Kremlin and announced financial aid to Moldova, whose very agricultural economy has been hit by drought this year. Moscow has also accused Washington of orchestrating “a revolutionary scenario for Moldova in November”.

Bucharest, which has strong historical links with this Romanian-speaking country, has for its part supported Maia Sandu. Amputated of part of its territory, Transdniestria, controlled by pro-Russian separatists, Moldova, a country of 3.5 million inhabitants, is among the poorest in Europe. Up to 40% of its population, it is estimated, has gone abroad to escape poverty.

Caught between pro-Western Ukraine and Romania, a member of the European Union, Moldova was rocked in 2015 by a huge corruption scandal, concerning the disappearance of a billion dollars – the equivalent of 15% of the GDP – funds of three national banks. “Today, you have the power to punish those who stole from you, who reduced you to misery and forced you to leave your home,” Maia Sandu said on Sunday after voting in Chisinau, in a clear allusion to her rival .

Maia Sandu had created the surprise by arriving at the head of the first round of the presidential election thanks to the unprecedented support of the diaspora. In the second round, Moldovans living abroad again went to the polls en masse. Almost 258,000 Moldovans voted abroad, a record, against 150,000 in the first round. In the presidency, Maia Sandu’s room for maneuver may nevertheless be limited for lack of a loyal parliamentary majority. “There will be a standoff” with Parliament “but chances and hopes for change have all the same appeared”, estimates the expert Viktor Tchobanu, quoted by the site Newsmaker.md

Moldova: in pro-Russian Transdniestria, a “country that does not exist”