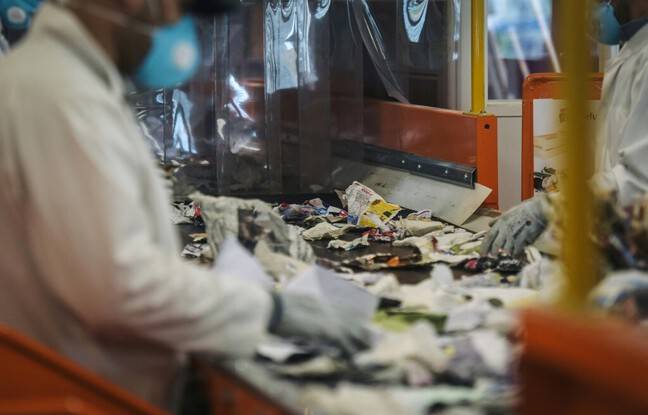 About a hundred people, including the secretary general of the CGT Philippe Martinez, demonstrated on Friday near Rouen against a plan to sell the last paper recycling site in France owned by the Finnish UPM. During an extraordinary CSE, the management of UPM presented on Friday a “transfer project” of the site, located in Grand-Couronne, in the agglomeration of Rouen, to an investor who wants to produce hydrogen there. indicated on site Arnaud Dauxerre, representative of executives.

Arnaud Dauxerre is one of the last five employees of the site, after the dismissal of 228 people in 2020. An agreement was reached to preserve until June 2021 the industrial tool of this site called the Darblay Chapel. When questioned, the management of UPM just confirmed that they were “currently in discussion” with Samfi Invest and “only” with it. Samfi invest is a “family” investment company based in the agglomeration of Caen, a shareholder in H2V, a company which has projects for hydrogen production sites. Samfi is also present in real estate and transport in particular.

“Hydrogen today, there is nothing very concrete”

A number of local elected officials, the CGT and Greenpeace are opposed to this takeover project, because they ensure that another project, currently being finalized and involving Veolia in particular, would make it possible to maintain the recycling activity and with three times more jobs (300 to 350) than the Samfi project according to the union. The Samfi project “lacks consistency. Hydrogen today, there is nothing very concrete, ”added Philippe Martinez. According to him, the CGT brought together Veolia and two partners (Tetu and Fiber excellence): “They need three months to finalize their offer. They have undertaken to pay the cost of maintaining the site themselves for three months ”.

But “the government says that we can no longer do anything”, regretted the trade unionist, estimating that “UPM, it does not interest them that it is a competing project which takes over the site”. According to the office of the Minister for Industry Agnès Pannier-Runacher, “it is reductive to limit the takeover to the Samfi company alone, as the trade unions do”. “The offer in question also comes from the company Paprec, which will very quickly develop on the site a sorting activity for used paper and cardboard, with 70 jobs to be found”, specifies the firm.

For François Chartier, Greenpeace campaigner who was demonstrating in front of the site, the final “closure” of the recycling plant would be “a social as well as an environmental aberration”. According to Greenpeace, “since the shutdown of the machines” in Grand-Couronne, “480,000 tons of paper have been sent abroad, incinerated or buried, and tons of CO2 equivalent have been unnecessarily produced”. Among the demonstrators, the PS mayor of Rouen Nicolas Mayer-Rossignol, for his part, came to support Veolia’s “serious” project.