The protected species status granted to some wolves will be lifted in January, and concern is growing 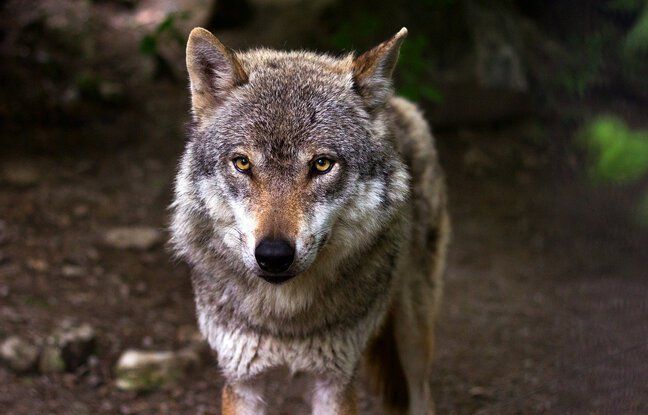 Kings of teamwork, known for fiercely defending their family and territory, wolves are for some one of the animal species with the most social behavior similar to that of humans. But these canines, symbols of freedom in the American imagination, could soon be in danger.

In question: the decision in October of the Trump administration to withdraw gray wolves their status as a protected species, implemented in the 1970s after their virtual extinction in the United States. “Wolves are currently only recovered in about 10% of their historic range,” says the director of the Wolf Conservation Center in New York State.

Fears about this new measure

The relaxation of protection measures for this species in some states has in the past led to the rise of hunting and traps, recalls the official. Conservationists therefore fear for the safety of the estimated 6,000 wolves scattered across the continental United States when the new regulations take effect in January.

The organization is home to 40 wolves of extremely endangered cousin species, including Mexican wolves, of which barely 200 animals remain in the wild, as well as critically endangered red wolves, with only around 20 individuals still remaining in the area. nature. In normal times, removal from the list of protected species is a sign of a successful reintroduction.

Hunting was banned since 2014

Yet in this case, independent experts appointed by the government questioned the scientific reasons for this decision, and environmentalists denounced a gift given to hunters and breeders. In Minnesota, Michigan and Wisconsin, hunting, which had been banned since 2014, could resume, and hundreds of wolves could be killed each year, an association estimated.

Nearly 250,000 wolves lived in the United States before European settlers arrived in the 16th century, and with them a veritable campaign of extermination. In particular, studies have confirmed the crucial role of these canines in controlling the size of elk herds, which can graze too much grass, thus preventing habitat destruction.

Reintroducing the wolf into natural habitat

Gray wolves have regained some ground with programs like the one in Yellowstone, but Mexican and Red Wolves are in a much more precarious position. The Wolf Conservation Center is thus participating in a government breeding program to guarantee the survival of these two subspecies.

A few weeks ago, the organization sent two red wolves, both born in 2018, to Tennessee and Minnesota to mate with potential mates. The goal is to restore the genetic diversity that was lost when the species disappeared from its natural habitat in 1980, and eventually reintroduce young Cubs into wild packs.