The protective dikes were not triggered for the high tide 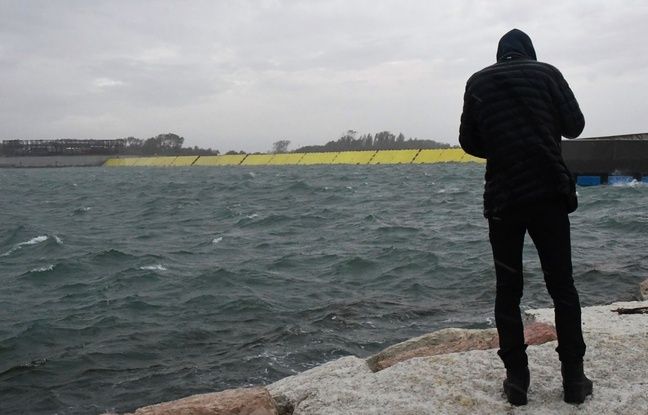 Water invaded St. Mark’s Square in Venice on Tuesday after a high tide linked to bad weather. However, the new system of protection by mobile artificial dikes has not been triggered.

The water rose to 1.37 meters above sea level this late Tuesday afternoon, forcing the inhabitants of Venice to put on their rubber boots. The high tide flooded St. Mark’s Square and the ground of its basilica, as did the sidewalks along some canals. In practice, some shopkeepers had installed planks in front of their doorsteps to prevent water from entering.

A system capable of being deployed in 30 minutes

At the beginning of October, Venice had, however, deployed for the very first time its artificial dikes designed against rising waters. The project called MOSE (Moïse in Italian, Electromagnetic Experimental Module) is a complex engineering system allowing the “waterproofing” of the Serenissima thanks to 78 dikes placed at the entry points of the lagoon.

It is a network of boxes filled with water, supposed to be able to rise in 30 minutes, to create a barrier capable of withstanding a rise in water three meters above normal. On Tuesday, however, the protection system was not triggered because erroneous forecasts were based on a peak of only 120 cm of water above sea level.

A level “too low” to trigger the dikes

A wind blowing in from the Adriatic sea then unexpectedly strengthened, the mayor of Venice, Luigi Brugnaro, told the Italian news agency Agi. “To activate MOSE you need a more important forecast, it will be necessary to review the rules of the command cabin”, he underlined.

In 2019, on November 12, the water reached 1.87 m above sea level, one of the highest measurements on record. Dozens of churches in the city, listed as a World Heritage Site, had been damaged. Saint Mark’s Square is the lowest place in Venice. It is located about 1 meter above sea level. Some districts are higher and are hardly ever affected by the tidal phenomenon.