The protest movement calls for demonstrations on Saturday 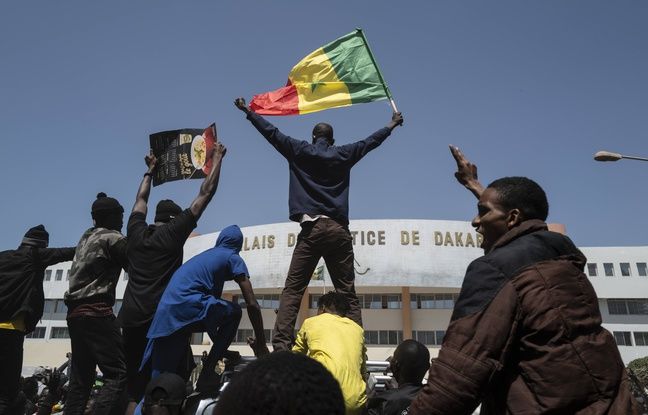 The protest movement behind Senegalese opponent Ousmane Sonko launched a new call for demonstrations on Saturday, determined to take advantage of the new balance of power established according to its leader with President Macky Sall after several days of unrest in Senegal.

Even if the armored vehicles of the army remained positioned in the Plateau district, the center of power, Dakar offered on Tuesday a semblance of a return to normality, after violence which left at least five dead – eleven according to the collective of protest.

Monday’s dreaded day produced some of the conditions for relaxation in a country whose reputation as a rare island of stability in West Africa has been battered.

Ousmane Sonko, whose arrest ignited the powder on March 3, has certainly been indicted in a case of alleged rape, but has been released under judicial supervision. And the president came out of his silence to call for “appeasement”.

The Movement for the Defense of Democracy (M2D) created after the arrest of Ousmane Sonko and comprising his party, opposition parties and protest organizations suspended Tuesday morning the call to demonstrate the same day and Wednesday.

He heard the calls to do so, he later said, starting with those from religious leaders with considerable influence. But he affirmed in a press release read to the press “his determination to continue the democratic and peaceful struggle”.

Demonstrate in a “peaceful” manner

He called on the Senegalese to demonstrate Saturday in Dakar and in the country in a “peaceful” way for the release of prisoners he says political and who are more than a hundred in the country, according to Ousmane Sonko.

The M2D also called for a day of national mourning the day before, Friday, in tribute to those killed in the unrest, and invited the Senegalese to dress in white and hang white fabrics on the facade of their house or on their car.