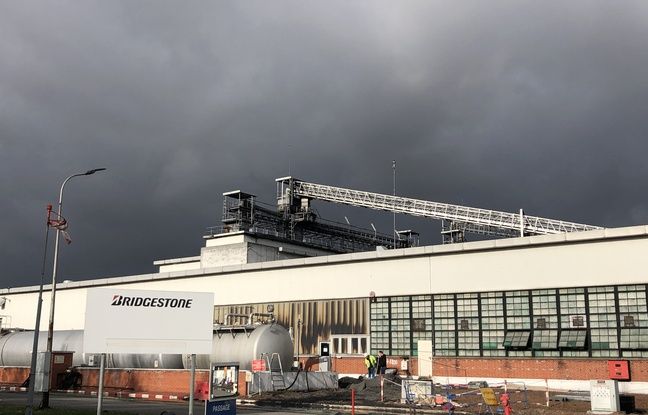 The unions and the management of the Bridgestone plant in Béthune signed on Friday “unanimously” the Employment Protection Plan (PSE), five months after the announcement of the closure of this only French site of the Japanese giant of the tire, employing 863 people, announced the management.

“The measures defined will make it possible to respond as much as possible to individual situations and to support reconversion projects”, welcomed the President of Bridgestone France Philippe Brunage in a management statement. The lawyer for the inter-union said for its part Friday evening that the signing was “in progress”.

“The PSE provides for measures promoting early departures and early retirement, reclassification leave, supra-legal severance payments as well as measures to aid internal and external reclassification”, underlines management. After a final meeting of the Economic and Social Council (CSE) on February 26, the plan will be sent for approval to the Direccte (Regional Directorate for Business, Competition, Consumption, Labor and Employment).

Started in a climate of tension, after the refusal by Bridgestone of the alternative scenario to the closure proposed by the government, the discussions were unblocked in mid-December, with the adoption by the majority of trade unions of a series of measures to support, the lawyer of the intersyndicale, Me Stéphane Ducrocq, hailing a “real success”.

Towards a multi-activity industrial park?

Bridgestone announced in mid-September the “total cessation of activity” of its Béthune site, in the former mining area, by the “second quarter of 2021”. The group had invoked “structural market problems”, production overcapacity in Europe and competition from low-cost Asian brands, the unions denouncing them, a drying up of investments on the part of the group for several years.

In October, the government had proposed an alternative scenario to the closure, promising the safeguard of around 500 jobs, thanks to a restructuring and an investment of 100 million euros, but a little later the management of Bridgestone had confirmed his intention to leave the site.

On Tuesday, management announced that if the total takeover of the Béthune plant was “unlikely”, several companies had expressed their interest in the creation of a “multi-activity industrial park”, representing “a potential of 335 to 485 jobs ”.