“The reform of litigation divorce brings a huge saving of time” 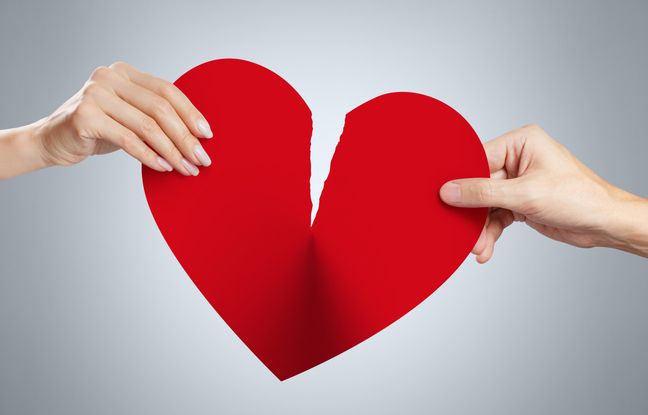 Very difficult emotionally and financially speaking, divorce is not easy. A fortiori when the process drags on for several years. To facilitate the task of couples wishing to break their union and especially to relieve the courts, the legislator has undertaken to simplify all that.

After the divorce by mutual consent, which has been done without the intervention of the judge since 2017, it was the litigation procedures that were reformed on January 1, 2021. Me Élodie Mulon, Parisian lawyer specializing in family law and member of the group of work put in place by the National Bar Council for the development of this law, sheds light.

What major change is this reform bringing?

Previously, as soon as we were heading towards a contentious divorce, whether for fault, for permanent alteration of the marital bond or for acceptance of the principle of rupture, it had to go through two distinct phases. It started with a unilateral request, followed by the conciliation hearing and the non-conciliation order. It was only once this process was completed that the summons was subsequently sent, launching the actual divorce proceedings.

The reform eliminated this entire first phase, which raised some concerns. The conciliation hearing indeed allowed the judge to take certain provisional measures, such as the attribution of the enjoyment of the accommodation, alimony and custody of the children. Since January 1, lawyers for the spouses can formulate this type of request in the divorce summons which directly launches the procedure. These will then be examined during the new orientation hearing and on provisional measures.

What is the point of this modification of procedure?

It’s a huge time saver. Before this reform, a contentious divorce generally lasted two years and could go up to eight years if you went to court of appeal. Thanks to the abolition of the first phase of the procedure, the law saves between six months and two and a half years in certain cases, especially since it has modified other deadlines.

As the process has been shortened and involves fewer acts, the cost to spouses will also potentially decrease. This is far from negligible knowing that a divorce represents a financial investment of several thousand euros.

What other deadlines have been changed?

The reform has halved the length of divorce proceedings for permanent alteration of the marital bond. This specific hypothesis makes it possible to break the union on the grounds that the spouses have ceased all community of life. However, under the previous legislation, the spouses had to live separately for at least two years from the day of the divorce summons. But on January 1, the required period was reduced to one year.

This period is all the shorter as the law allows for additional flexibility. Indeed, the legal basis of the divorce is no longer necessarily specified in the document initiating the proceedings, it can be announced later, in the first submissions on the merits. In this case, if the reason invoked is the definitive alteration, the judge can then choose to assess the period of one year on the day of the divorce pronouncement. In other words, if the duration condition was not met at the outset, it will be at that time, which virtually reduces this criterion to nothing.

The reform which entered into force on January 1, 2021 also assigned a more important role to lawyers, in particular in the context of divorce for acceptance of the principle of marriage breakdown. This procedure concerns spouses wishing to end their union but who have not been able to agree on the terms.

As before, the agreement in principle of the spouses can be evidenced by an acceptance report, a joint declaration or, and this is the novelty, by a legal act which can accompany the joint request initiating the proceedings. . In this case, you can get a divorce in a few months since a single hearing can be enough to conclude the procedure. Here again, the delays are consequently reduced.