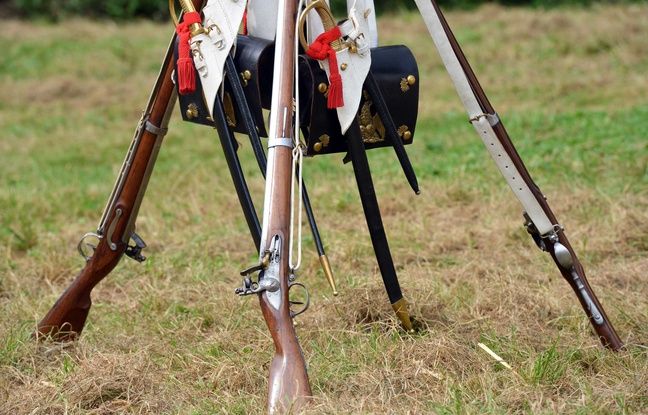 The remains of a hundred Russian and French soldiers who died during Napoleon’s 1812 retreat from the Grande Armée will be buried together on Saturday, a foundation behind the project said. The remains, unearthed in Viazma in western Russia, were placed on Monday in eight communal coffins during a ceremony at a local monastery.

This took place in the presence of representatives of the French Embassy in Russia and the Foundation for the Development of Franco-Russian Historical Initiatives, at the origin of the excavation operation and the identification of the remains. carried out in 2019. “On Saturday, all these Russian and French soldiers, formerly enemies, will be buried together, like friends, in the presence of descendants” of the participants from both sides in the conflict, explained Pierre Malinowski, the president of this Foundation.

Soldiers in their thirties

The remains of the soldiers were discovered ten years ago during a construction site southwest of Viazma, a town of 52,000 inhabitants. “Local history buffs initially believed it was a WWII-era pit, but an expert report from the Russian Academy of Sciences established that it was indeed victims. of Napoleon’s campaign, mainly aged 30 to 39, ”explained anthropologist Tatiana Chvedtchikova.

“Thanks to the buttons on the uniforms, it became possible to determine more precisely that certain soldiers were part of the 30th and 55th line infantry regiments and the 24th light infantry regiment of Napoleon’s Army”, continues the expert. . Until their burial in a local cemetery, the remains will remain in a small church of the monastery of John the Precursor, founded in 1536 and looted by the Grand Army at the time of its retreat from Russia in 1812.