The rise in infections is “worrying” in Germany, according to the Institute for Public Health Surveillance 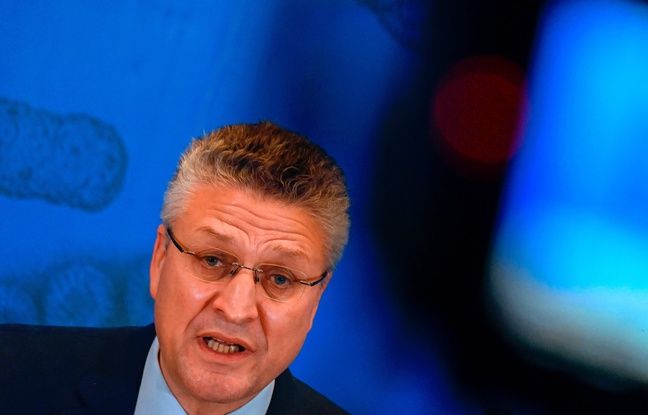 The figures are not reassuring among our neighbors across the Rhine. The current increase in the number of Covid-19 infections in Germany is “worrying”, said Thursday the president of the Robert-Koch (RKI) health watch institute.

“The situation remains very serious (…) it has worsened since last week,” said Lothar Wieler while Germany, whose authorities are openly worried about the current development of the epidemic, recorded an increase on Thursday. 23,679 coronavirus cases in 24 hours and 440 deaths. The single-day death toll had also hit a record high on Wednesday at 590.

He also warned that new restrictive measures should “be considered”. “If (the current measures) do not work then I do not see other possibilities”, he insisted, while since November 1 restaurants, bars, cultural institutions and sports venues have been closed. “For weeks, the number of cases has been at a high plateau and now we are even seeing an increase in the number of cases again,” he added at a press conference in Berlin. He also warned of an exponential rise in infections. “We must avoid it,” he warned.

Germany, presented as the “good student” of Europe during the first wave of the pandemic in the spring, has recorded since the appearance of the virus some 1.2 million infections, according to data from the RKI. Faced with this worrying resurgence of the virus as the end of the year holidays traditionally marked by family and friends reunions approach, Chancellor Angela Merkel has called for new restrictions.

In a vibrant plea Wednesday before the deputies, the leader stressed that the number of contacts between people was “too high”.

Germany, where Christmas traditions are deeply rooted, has been particularly concerned in recent days about gatherings in front of mulled wine or waffle stalls as the holidays approach. These small stalls have sprung up across the country as Christmas markets have been banned and corporate Christmas parties canceled. Angela Merkel, who is participating in a European summit in Brussels on Thursday and Friday, could meet with the leaders of the 16 regional states this weekend to decide on new coercive measures.