The sale of Christmas trees authorized by the ministry, according to the association of producers 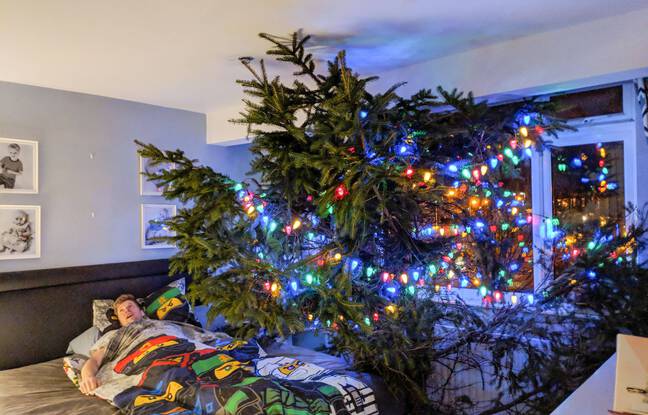 You have the balls but do not want to decorate your bonsai with them and even less to leave them at the back of the cupboard. So, because of sanitary measures, the opening of points of sale or shelves is limited to so-called “essential” products, the question of the sale of the traditional natural Christmas tree may raise questions. Essential or not? In any case, essential for producers and sellers of firs mad with concern at the idea of ​​imagining for a single moment their activity reduced to ashes at the stake of the Covid-19 crisis.

Concerns that reach Frédéric Naudet, president of the French Association of the natural Christmas tree (AFSNN), and which he sweeps away with one hand: “Yes, we can sell them, assured us the Ministry of agriculture, but we remain cautious and await the signing of an official decree. We have been given the date of November 20 since last week but for the moment we do not know more. “Because if the Christmas tree remains for French families an essential marker of the end-of-year celebrations, it is above all for professionals in the sector that their economic survival is at stake. Each year, six million natural fir trees are sold in France, 80% of which come from French production, recalls AFSNN.

Sales that mobilize an entire economy and stir up food supermarkets, garden centers, DIY stores, individual retailers … How to ban such an activity under the pretext of health “when the sales of trees are made outdoors, therefore under conditions compatible with barrier gestures, ”explains Frédéric Naudet, who warns:“ If the usual sales sites were inaccessible, most producers would not recover. There is no plan B for the profession, we have barely a month to sell the fruit of our work. But we are not there yet. If this were not the case, we do not imagine for a single moment, it would be a disaster ”explains the association which represents the 150 largest producers in France.

According to AFSNN, the large distributors and all the usual points of sale have been warned by the ministry on the possibility of selling trees during the Christmas period. “Now we are waiting for the decree. The profession needs an official document. This will make it possible to officially launch the season and to specify the practical terms of sale, adds Frédéric Naudet. It has been announced to us since last week but so far has not yet appeared. If the state has to give its agreement, the cities must also, for the sellers of fir trees in the public domain, granted an administrative authorization. This is already the case in Strasbourg, fir sellers will have their usual locations, says the city.

For the time being, it is therefore the sanitary conditions that are expected, the conifer cutting campaigns have been launched. “Everyone will make an effort, that goes without saying. The precise modalities are what we expect because it will take time to adapt, to prepare things, the sooner the better, concludes Frédéric Naudet. Because generally at the end of November, it is the beginning of sales. »Don’t worry, Santa will have a tree under which to put the presents.