The sale of the Atlantic Shipyards to Ficantieri canceled? 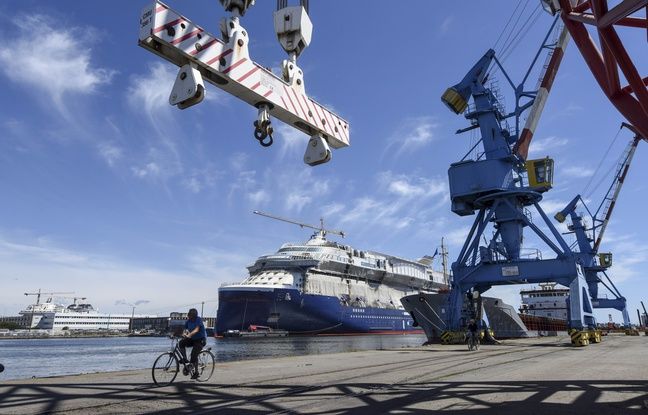 Will the Atlantic shipyards finally remain under the French flag? The plan to sell the French shipbuilder to the Italian group Ficantieri, bogged down for many months, is, except surprise, gone to fail, to the relief of employees and some elected officials.

The sale agreement provides for the transaction to be finalized by Thursday, December 31, 2020. The Italian public group has still not submitted to the European Commission the information it requests from it as part of its in-depth investigation into the impact of selling for competition in the shipbuilding industry. Without a response by Thursday or the granting of a new deadline, the transfer agreement, already postponed four times, will fall.

The French State as the main shareholder

Since the bankruptcy of the South Korean parent company of Chantiers, the Saint-Nazaire company, specializing in liners and large military vessels, has been owned by the French State (84.3% of the capital), Naval Group (11.7%), employees (2.4%) and local companies (1.6%).

Since 2017, a sale plan provides for Ficantieri to hold 50% of the capital, plus an additional 1% loaned by the French State, which reserves the right to take it back if the Italian group does not respect its commitments.

The file is strategic, the construction sector of large cruise ships still being a European preserve in the face of competition from Asia. Chantiers de l’Atlantique employs 3,100 people and 5,000 French and foreign subcontractors.