The search for accommodation in the city center, a real obstacle course 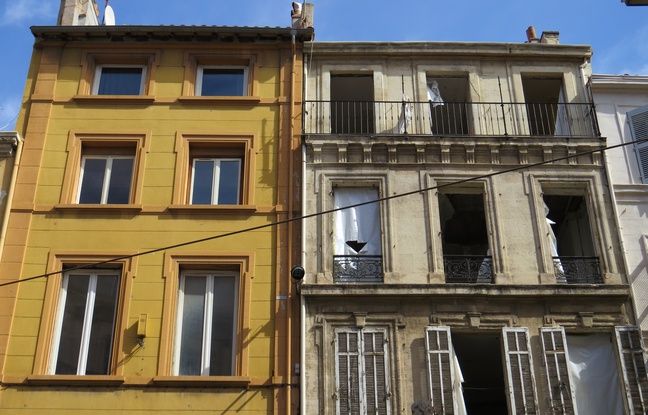 To be refused his guarantor because he lacks 15 euros in the salary to reach three times the amount of the rent, to come across advertisements of goods which do not even exist, to resolve to “Photoshop” his payslips to hope to obtain a visit… The sum of the testimonies collected for this article seems to prove one thing: renting an apartment in the city center of Marseille today requires a lot of patience. And if you don’t have a concrete case, it is better to be inventive.

Long had a bad reputation, the second city in France is now in vogue. A trend that should delight owners, since the price of real estate increased on average by 9.3% in 2019 to reach 3,465 euros per square meter, according to the LPI-SeLoger barometer.

As for tenants, the discourse is, unsurprisingly, quite different. Anastasia, 26, explains that she succeeded thanks to a combination of circumstances: “I am a scholarship holder, I have a little food work and my mother is responsible for it, but she wins the minimum wage. I preferred to go through an agency, which asked me for 300 euros to give me access to their ads. At that time, I had no guarantee that an owner would accept my file! Finally, I found accommodation in Camas (5th arrondissement) during the first confinement. But I clearly understood that it was thanks to the context. The owner was too afraid not to find anyone. “

Just like Lyon and after the cities of Paris and Lille, the town hall of Marseille has just announced that it is a candidate for the experimentation of rent control. In the Marsactu article which revealed the information on November 4, housing assistant Patrick Amico explains wanting to “limit the slippage of the market”.

The CDI “is not enough”

A clear sign of the gentrification of downtown Marseille, even a permanent contract is sometimes no longer enough to buy the confidence of owners. Cassandre, who earns 1,700 euros per month and has just found a studio in La Joliette (2nd arrondissement), was the first surprise. “The CDI label has undeniably facilitated my research, I don’t even dare to imagine the hassle for others. But that is no longer enough. The owners are more and more suspicious, the rents are increasing. I started looking in May, thought it would pass my fingers through my nose, but only found October and on a fluke. “

Luck eventually presented itself for Sarah, 32, too. This sociologist and videographer has just moved into a 2-room apartment in the 4th arrondissement, her first home alone since she has lived in Marseille, thanks to a real estate agent who has done some “forcing” for her. “When I arrived five years ago, I lived as a couple in rue d’Aubagne (1st arrondissement), then I left following a dangerous decree” she sums up. A sad detail that reminds us that in the heart of Marseille, the dynamics of gentrification unfold alongside unsanitary buildings. “Then I lived in a shared apartment. I left during confinement, and it was very hard to find. “

Sarah explains that she was told by “all the agencies” that her file would never go above the pile. She therefore fell back on the word of mouth technique: “I met someone in the evening who told me he was leaving his home. This person mediated with the owner. When the latter found out that I had a North African-sounding surname, she asked me my origins and in which country I was born. I grew up in Bordeaux, it is also there that my guarantor lives, who earns 2,600 euros per month. The owner then replied, without any justification, that my guarantor must reside in the Paca region… ”

A file bigger than a thesis

An illegal and regularly denounced discriminatory practice, in particular in an SOS Racisme survey published in 2019 and carried out in Ile-de-France. According to the latter, applicants with a foreign-sounding name are half as likely to get a visit. Enough to make Sarah say that the search for an apartment was for her “a period of absolute anguish, which created enormous psychological suffering. “In the end, the young woman gets by with a rent of 600 euros per month, above her initial budget. “It’s the whole paradox: I did not have access to the accommodation I wanted because of my file, so I have to pay more,” she concludes.

Another paradox for Maria-Luisa and Greta, two Italian doctoral students living in the Reformed (1st district): “nobody accepted our Italian guarantors, so we finally asked for the father of a French friend, while we did not. have never met! Before turning to this option, the roommates explained that they had sent a hundred files and visited between 25 and 30 apartments. “My dossier is 72 pages long… At present, it is bigger than my thesis! »Laughs Maria-Luisa.

Also according to the LPI-SeLoger barometer, the price of Marseille rentals has increased by 2% in one year to reach an average of 729 euros per month. Over the same period, empty rental offers fell by 15%. This explains the very high tension that now weighs on the central districts.

The 27 urge to speed up the technical work,...
Read more
Economy

These spaces and stores of more than 400 square...
Read more