The Senate looks at the bill and fill the hole, dug by the coronavirus 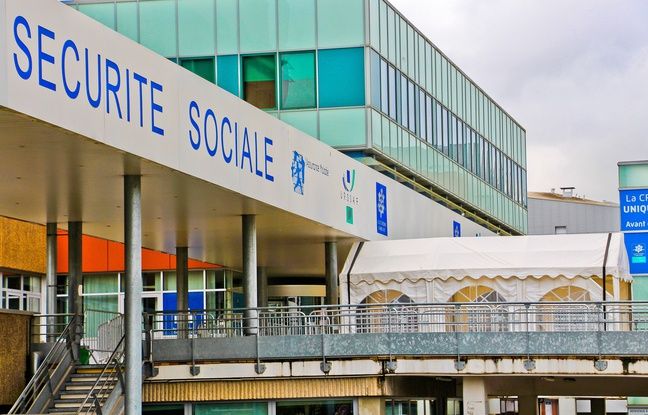 After the National Assembly, it is the turn of the Senate, dominated by the right-wing opposition, to focus for a week on the delicate draft budget of the Secu. With a cascade of additional spending linked to the Covid-19 crisis, revenues are melting.

Nearly a thousand amendments have been tabled on this Social Security financing bill (PLFSS) for 2021 which will be examined at first reading from Monday by the upper house. The solemn vote on the entire text will take place on November 17.

The current deficit does not take into account the latest restrictions

The “hole” in the Social Security, which governments have been striving to fill for many years, has no longer any bottom today, with an announced deficit of 46.6 billion euros this year and some 28 billion in 2021.

These figures, already staggering, do not take into account the latest restrictive measures put in place, curfews and then re-containment, which may lead to a further contraction of the wage bill and the inflow of contributions. The general rapporteur of the budget of the Secu, Jean-Marie Vanlerenberghe (centrist) thus expects that a new degradation of the accounts will be announced by the government in the hemicycle.

The text voted on at first reading by the National Assembly has already integrated a request for an extension from this year of 2.4 billion to help hospitals facing an exponential increase in Covid-19 cases. This money must also be used to honor the commitment of Prime Minister Jean Castex to advance to December salary increases for the “Ségur de la santé” and an “overvaluation” of overtime.

“We can not say that the accounts are insincere, but we are in front of the unknown,” said Jean-Marie Vanlerenberghe, while on the left Bernard Jomier (PS) criticizes a lack of “reliability” of the figures. The Communist-majority CRCE group has a more severe judgment, believing that the text is “struck by budgetary insincerity”. He will defend, in all likelihood in vain, a motion to reject it en bloc.

“The government does not propose anything, it notes”

“The accounts are degraded durably”, worries the general rapporteur, regretting that “the government does not propose anything, it notes”. In addition to compensation from the state budget for exemptions from charges, and an additional effort requested from complementary health, the senatorial majority wants to put the pension file on the table.

The LR rapporteur for the old age branch, René-Paul Savary, will propose to reactivate the financing conference in early 2021, which was suspended last spring. The senatorial majority has under its elbow, if this conference does not succeed, an “age measure”, which would gradually increase the legal age from 62 to 63 years in 2025. It also proposes to accelerate the extension of the contribution period to reach 43 annuities in 2027.

Regarding the family branch, Elisabeth Doineau (centrist) regrets that “there is not a real revival of family policy”, but welcomes as “a societal advance” the doubling of paternity leave from 14 to 28 days, including seven compulsory days, provided for by the text as from July 1, 2021. LR senators have tabled several amendments to “soften” the application of this device, considered “complicated to implement in certain companies, in particular VSEs and SMEs” .

The subject should be debated in the hemicycle, as should the articles concerning abortion (systematic full third party payment and experimentation authorizing midwives to perform instrumental abortions). The rapporteur for the health insurance branch, Corinne Imbert (LR), proposed their deletion. The text finally sets up a 5th branch of Social Security devoted to the loss of autonomy of the elderly and disabled. Only the CRCE group is radically opposed to the creation of this new branch, considering that the loss of autonomy should be covered by health insurance.