The Senate votes the meal ticket for students 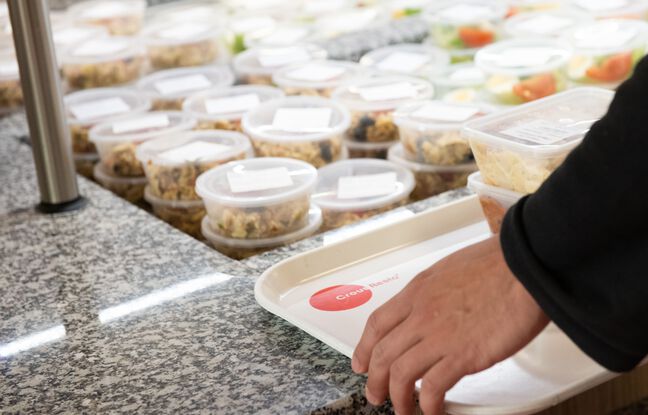 The Senate, with a right-wing majority, voted this Thursday at first reading on a centrist bill aimed at creating a “student meal ticket”, which received a reserved opinion from the Minister of Higher Education, Frédérique Vidal. “Whatever her fate, she will have had the merit of pointing out the inequalities of the student catering system”, underlined its author, Pierre-Antoine Levi.
If the text still has to go to the National Assembly, the device has already been tightened in committee to target only students from “white areas”. These students who do not have the possibility of access to a university canteen, the system would thus come “in addition” to the university catering offer managed by the CROUS, without “competing”, according to the centrist reporter Jean Hingray.

Socialists and environmentalists denounced “a false good idea”. In separate press releases, the UNEF brandished the threat of “destruction of the public service of the Crous”, while the Fage raised “the problem of” junk food “. It is not “in any case of an attack against the Crous as some wanted to make believe in bad faith”, retorted Pierre-Antoine Levi in ​​the hemicycle. The text “quite simply makes it possible to fill in the holes in the racket of the current Crous offer”, he added.

The number of students concerned is estimated between 500,000 and 600,000. They could benefit from a meal ticket at the student social rate (3.30 euros, the price of a full meal for the student at the university restaurant) which would have a value of double.

For her part, Frédérique Vidal recalled the measures taken by the government “to reduce the food insecurity” of students, aggravated by the health crisis, including meals for one euro in university restaurants. “To date more than 10 million meals for one euro have been served”, she said, without responding to the requests for sustainability formulated by Pierre Ouzoulias (CRCE with a communist majority) and Bernard Fialaire (RDSE with a radical majority) . Pierre Ouzoulias, who chairs the senatorial information mission on “the conditions of student life”, would have preferred that “the attachment to public service is more marked” in the text, he said.

Competition for the Crous?

The Minister paid tribute to the CROUS, which with “more than 750 establishments in 221 cities, already cover most of the territory”. “As it stands, I am not convinced that the meal ticket alone is a sufficient answer,” she said. “But it must be able to register as a possible tool as part of a more global solution when it is not possible to build a social offer assumed directly by the State or provided with the support of communities”, a she continued, promising “a new wave of partnerships developed by the CROUS by the start of the school year”.

The fact-finding mission is due to deliver its conclusions in early July.