The separatists strengthen their majority in the Parliament of Catalonia 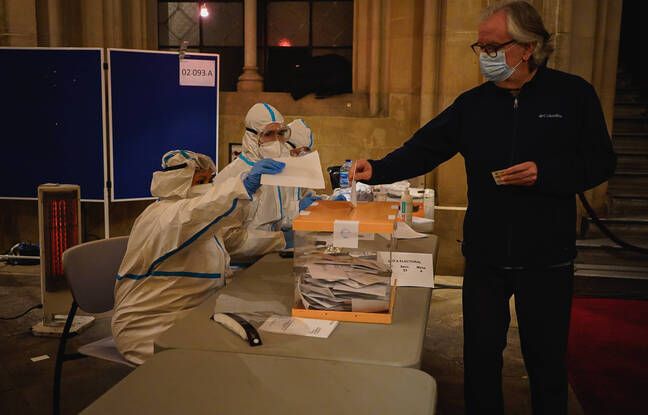 If on paper the candidate of the Spanish Prime Minister came first in the elections for the deputies of Catalonia, in reality the separatist parties can boast of having won the ballot. They strengthened their majority in the regional parliament on Sunday and therefore seem able to stay in power in the region.

Beyond politics, the image that will remain of this election will be that of assessors holding the polling stations, protected by full white overalls, in order to vote voters sick with Covid-19 or in quarantine. Above all, for fear of the virus, voters did not travel much and abstention jumped to more than 46%, more than 25 points more than in 2017.

After nearly 100% of the ballots were counted, the former Minister of Health Salvador Illa came out on top with about 23% of the vote and 33 seats out of the 135 in the regional parliament. Sent to Barcelona by Prime Minister Pedro Sanchez to remove the separatists from the power they have occupied since 2015, he however missed his bet.

While the separatist parties have committed in writing not to seal an agreement with him, Salvador Illa will not a priori be able to count on the necessary votes in the Catalan parliament to rise to the presidency of this rich region, populated by 7, 8 million inhabitants.

Pere Aragones in a strong position

“The change is here to stay in Catalonia,” he insisted, announcing that he would be a candidate for the presidency despite his poor chances. More than three years after an abortive attempt at secession, the separatists for the first time exceeded 50% of the vote in a regional election. At the last in 2017, they totaled 47.5%.

And with 33 seats for the Republican Left of Catalonia (ERC), 32 for Ensemble pour la Catalogne (JxC) of the former regional president Carles Puigdemont and 9 for the radicals of the CUP, they reinforced their majority with 74 seats against 70. But they will now have to overcome their differences to seal a government agreement. Arrived in front of JxC, the ERC candidate, Pere Aragones, appears in a strong position to become the next regional president.

The region is currently governed by a coalition between JxC, a party advocating confrontation with Madrid, and ERC, more moderate and supportive of Pedro Sanchez in the Spanish parliament.