The shipowner hopes for a release on Saturday evening 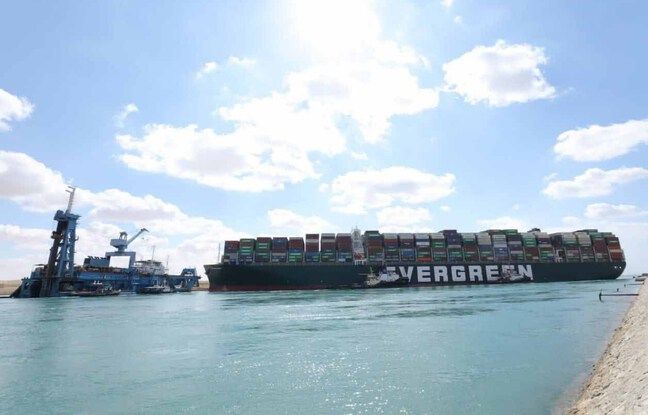 A real way out, or a vain hope? The owner of the container ship Ever Given, stranded since Tuesday across the Suez Canal in Egypt, said on Friday that he hoped to be able to unblock his ship more quickly than expected. “We are in the process of removing the sediment, with additional dredging tools,” said Yukito Higaki, president of the Japanese company Shoei Kisen, reported the Japanese press. He said he hoped for a release of for “tomorrow (Saturday) evening”.

“The ship is not taking on water. There is no problem with its rudders and propellers. Once it has been refloated, it should be able to function, ”added the leader. The company commissioned to “rescue” the Ever Given had previously been more cautious, citing “days or even weeks” to ensure a resumption of traffic on the canal, which sees 10% of international maritime trade pass, according to experts.

Since Wednesday, the Egyptian Suez Canal Authority (SCA) has been trying to clear this vessel of more than 220,000 tons and of a length equivalent to four football fields. An operation carried out on Friday with the help of tugs failed, and two more tugs are due to arrive by Sunday.

In the meantime, the monster traffic jam continues: according to the review Lloyd’s List, more than 200 ships were stranded on Friday at both ends and in the waiting area in the middle of the canal, causing significant delays in deliveries of oil and other products. Always according to Lloyd’s list, the stranded container ship blocks the equivalent of approximately $ 9.6 billion (€ 8.1 billion) in goods every day.