“The situation is incredible! », Reacts Franck, American expatriate in Nantes 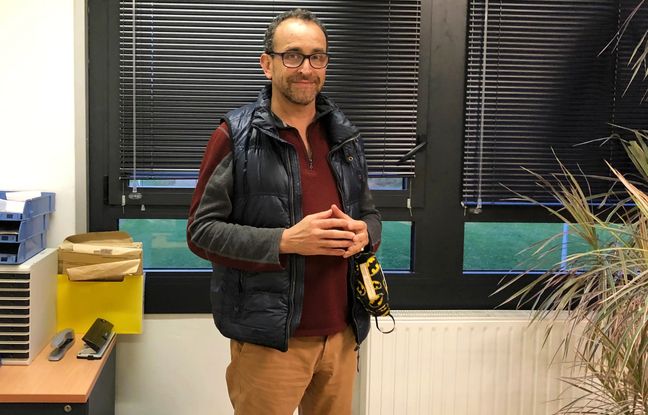 Days go by but the answer is slow in coming… What will be the name of the 46th President of the United States? At present, the question has still not been decided and the confusion remains across the Atlantic. An “incredible” situation for Americans who live in France, like Franck Insignares, expatriate for almost thirty years. The latter is a communication teacher at the Oniris veterinary school in Nantes. He is also vice-president of the Maison des Etats-Unis, an association that helps forge links between Americans and Nantes.

“I didn’t think it was going to take that long,” he says. It’s true that this year is really special with the pandemic, but the situation is incredible! It reminds me of the election in 2000 between Bush and Al Gore. It took more than a month to get the results! The 58-year-old teacher smiles as he refreshes the web page on his smartphone. “I see if things move every hour!” The situation is discussed with American colleagues and groups of friends living in the United States. We keep constantly informed. “

This expectation is also due to a very specific electoral system according to the American, originally from Florida. “I try to explain to my French friends how it works because it’s very special. We do not vote directly for the president. It is a system of large voters and it is the famous magic number that matters. The one who wins the greatest number of votes wins all the state’s major voters, explains Franck. In Florida, for example, there are 29 and that changed for Trump thanks to the Latino vote. “

To win, Donald Trump or Joe Biden must obtain the support of at least 270 voters out of the 538 of the American electoral college. “It’s playing for nothing! For me everything is still possible. “

“It can really get out of hand”

Pro-democrat, Franck, of Colombian origins, considers that the policy exercised by Trump for four years has polarized the country. “There are people who love him and others who hate him,” he says. There are really two very different Americas and this is also the case in my family circle. My brother, a former sheriff, votes Trump for example. But that doesn’t make him a Nazi or someone racist. Trump must be demonized. “

Faced with the uncertain outcome of the elections, Franck, who voted a month ago, fears that the situation will deteriorate quickly in the country. “As it’s very tight, it can really get out of hand. It can end up triggering riots. “

As in 2016, the media underestimated the popularity of the incumbent president. But for Franck, the current result is not surprising. “Four years ago, I already saw Trump coming. He’s someone with a real electoral base, not like Biden who, for Democrats, doesn’t necessarily represent the ideal candidate. Trump is almost a hero to his supporters. If it hadn’t been for the pandemic and the Black Lives Matter movement protests, I think he would have been widely re-elected. “