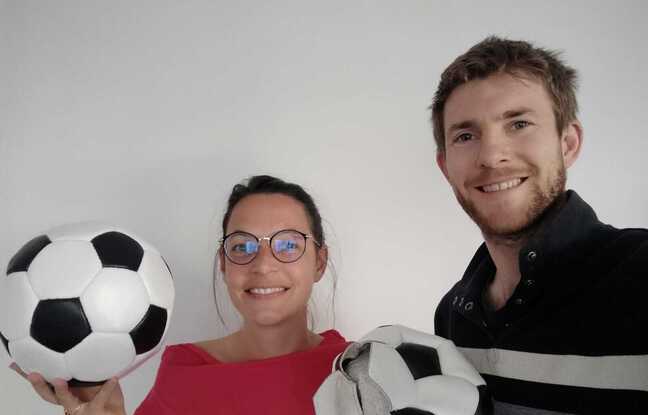 A virtuous circle for the ball. The Marseille company Balloons & co is embarking on a local, social and environmental production of soccer balls. To produce these balloons to Fifa standards, the start-up will rely on the recycling of used balloons and wants to allow people removed from employment to reintegrate.

“This will comes from who we are. We want a human, social project that brings people together. In France, we are fortunate to have measures which allow the reintegration of people excluded from employment with a financial incentive. We want to recruit people for the RSA, long-term unemployed, young and old without qualifications, ”explains Agathe, at the origin of the project with Jean-Baptiste.

If the first axis targeted by the company has a social impact, the second is innovative through the protection of the environment. “Today, a balloon is made from 100% petroleum-based material, and none is produced in Europe anymore. Most of the production is located in India, Pakistan or China. And the balloons that go in the trash are neither recycled nor reused, ”notes Jean-Baptiste.

Here is how Ballons & co will go about producing its balloons: “For the bladders, it is upcycling, that is to say that they are not recycled but reused as they are without transformation. We will go and get them from Marseille football clubs, for example. And for leather, a Kenyan company recovers leather from airplane and car seats and recycles it into octagons which only have to be sewn around the bladder. “

Of the balloons produced, nearly 80% of the materials used will be recycled or reused. “We are in discussions with MTBRecycling in Lyon, one of the two leading recycling companies in Europe, to crush the top layer of the balloons that we will recover, and transform it into thermal and sound insulation. They are up for it, but these manufacturers speak in tonnes so we still have to look at the logistics. And the other difficulty is the layer which makes it possible to isolate the leather and to color it, and this is synthetic, ”says Agathe.

should act as an accelerator for them: “It allowed us to integrate the Intermed starter, a European system installed at the Friche la Belle de Mai which allows social and inclusive projects to emerge. We have been there for a week, we will be able to finalize the elements of market research, financial and legal analysis. ”

Ballons & Co is going to enter the fundraising phase from local authorities and how to launch the project. “We have to see if we recruit people directly to reintegrate them or if we go through an already existing structure, the beginnings are always very decisive for the future. We don’t have much room for error, ”says Jean-Baptiste.

With Agathe, they hope to reach a cruising speed of 80,000 to 100,000 balloons produced, why not in several workshops, with a selling price of around 50 euros. “We want to have produced the first 300 balloons for Christmas because we are almost certain that it can be very promising among populations sensitive to social and ecological aspects”, believes Agathe. They are also thinking about a slightly more expensive formula, but allowing to repair the ball, a little on the model of the Patagonia brand.