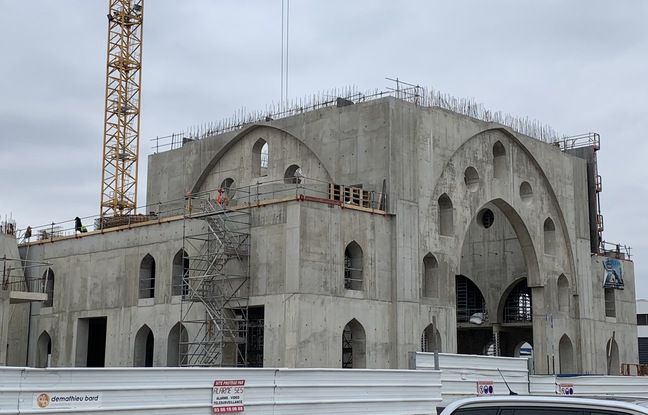 The question of public funding of the association of Turkish origin, the Islamic Confederation Millî Görüs (CIGM) East, accused by the Minister of the Interior Gérald Darmanin of promoting “a political Islam”, is the subject of a controversy. for over a week.

The minister accuses the green town hall of Strasbourg, which voted on March 22 the “principle” of a subsidy of more than 2.5 million euros for the construction of a CIGM mosque, of financing an “interference foreign ”on French soil. The minister also points to the association’s refusal to sign the charter of principles of Islam in France, a text also not ratified by three other federations of the French Council of Muslim Worship (CFCM).

The association has been in touch with state services several times in the past, from which it has obtained a contract and subsidy, said the Bas-Rhin prefecture, confirming information from the dailies Release and Latest News from Alsace. A prefectural subsidy of 2,500 euros “was granted before the refusal” to sign this charter, insisted the prefecture. “The money came later, but the decision [a été prise] in May 2020. The context was not the same. “

“This action is part of the national movement of solidarity with associative actions during the first phase of confinement,” indicated Tuesday to 20 Minutes Prefecture. Our department was among the very first to be hit very hard. In an acute context of health crisis with considerable social repercussions during the first wave, all wishes were therefore welcomed to set up local food aid systems. The decision was taken in May 2020. Four other religious associations, two Protestants, one Catholic and one Muslim, have also received a subsidy ranging from 1,000 to 2,500 euros, the prefecture still told us. These subsidies were paid thanks to the exceptional national credits received in the summer of 2020 to support associations carrying out actions in the field of food aid. “

In addition, “within the framework of an institutional partnership”, a “convention” to fight against road insecurity in the priority districts of Strasbourg was signed in 2020 with the Regional Council of the Muslim Faith (CRCM), chaired by Eyup Sahin , also president of Millî Görüs Est, told AFP the prefecture. The convention, put online by Release, provides for a remuneration of 300 euros “per session” but the prefecture ensures that this partnership “has not given rise to any funding. According to the prefecture, the CIGM was also able to open a primary school “a few years ago”, which is “subject to enhanced control” by the academic directorate of the national education services.