The success of the Solidarity Equipment Bank, which helps the most disadvantaged 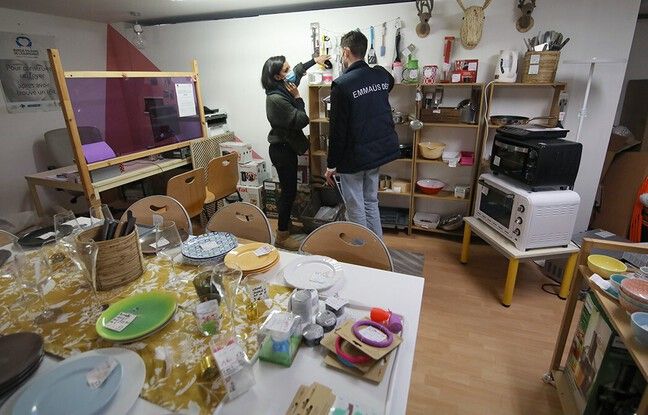 After having sometimes spent several years in precariousness, access to personal accommodation represents a real breath of fresh air. Unfortunately, due to a lack of means to equip oneself, this stage to get out of the street very often takes place in the most total material deprivation.

The most basic furniture, as well as household appliances, crockery or even sheets and towels are often lacking to transform an empty room into a real home.

It is from this observation that Emmaus Défi, a social innovations laboratory part of the Emmaus Movement, launched its Solidarity Equipment Bank (BSE) in Paris in 2012. Thanks to partnerships with brands from supermarkets and manufacturers, the association collects donations of new products that it resells at a lower cost to those who move into their first permanent home.

Around a hundred equipment references are now available. Once selected by the social workers (the access criteria are worked out with the Paris City Hall), the candidates likely to benefit from this program then only have to choose the furniture they need in the show apartment. of the BSE.

Having met with success, this experimental device has since spread to several cities. A second branch of the BSE was thus opened within the Emmaus Community of Lyon in 2016. Two years later, the inhabitants of Seine-Saint-Denis were leaving emergency accommodation and accessing social housing. who accessed this service thanks to a new branch launched in Aubervilliers.

A fourth solidarity bank for equipment was finally set up in Roubaix during the summer of 2020. In total, 7,350 households, or 17,250 people affected, have been able to benefit from the BSE in nine years of existence.