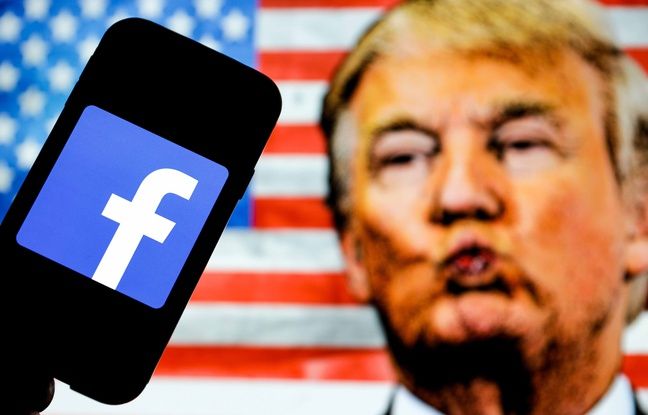 He’s not going to find his megaphone. Suspended indefinitely from Facebook and Instagram following the attack on the Capitol for violating the company’s charter, Donald Trump remains persona non grata on the network. On Wednesday, Facebook’s supervisory board ruled against the former US president, whose page is followed by 35 million people.

Facebook suspended the Republican on January 7, believing that the video in which he called on his supporters to return home while repeating that the election had been “stolen” risked “increasing the risk of violence”.

After having renewed this suspension “until further notice”, Facebook had asked its supervisory board to take up the case. More than 9,000 contributions from Internet users have been examined by the 20 wise men. Created last year, this Facebook Supreme Court is co-chaired by former Danish Prime Minister Helle Thorning-Schmidt. It mainly includes jurists (judges, lawyers, law professors), but also activists and defenders of freedom of expression.

Also suspended by Twitter and YouTube, the former US president, who accuses the Gafa of censoring conservative voices, raised the possibility of creating his own social network. On Tuesday, he launched what is essentially a blog with his latest press releases. His adviser Jason Miller, however, assured that it was “not a new platform”, promising information on this front in the “near future”.

Share
Facebook
Twitter
Pinterest
WhatsApp
Previous articleWhich news sites have the most paying subscribers around the world?
Next articleInvestigation opened in the Central African Republic into abuses attributed to the army and its Russian allies